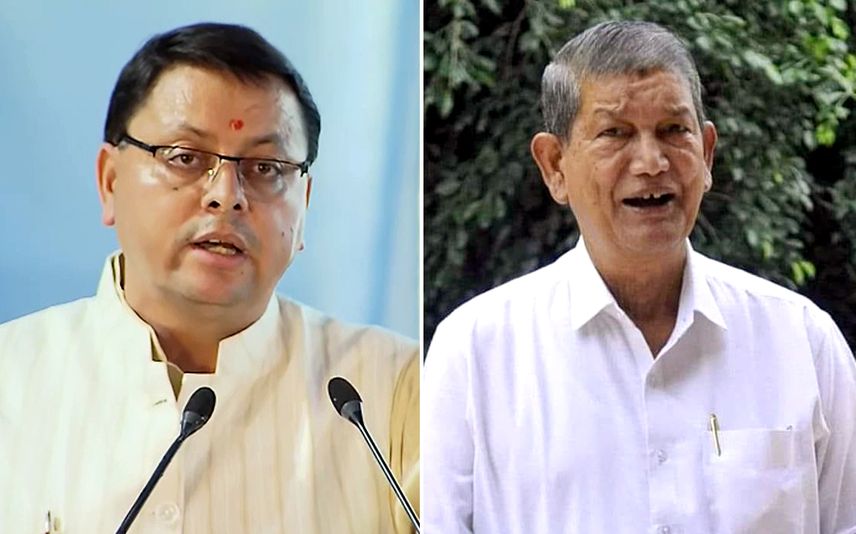 Even though BJP leader Dhami has lost the electoral battle, his party is heading for a victory in Uttarakhand.

In Punjab, where the Aam Aadmi Party (AAP) is set to sweep the polls, three former chief ministers -- Badal, Singh and Rajinder Kaur Bhattal -- lost the election from their respective pocket boroughs.

Chief Minister Channi lost the poll battle from both Bhadaur and Chamkaur Sahib.

Most of the current and former ministers of the Punjab government lost the poll battle to the AAP candidates.

Both the deputy chief ministers lost the poll contest to their Congress rivals, though their party, BJP, is on the course to emerge as the single-largest political formation in the coastal state.

The counting of votes for the Uttar Pradesh, Uttarakhand, Punjab, Goa and Manipur Assembly polls is going on amid tight security arrangements.