BJP plans to hold 10 meetings at every booth in Uttarakhand 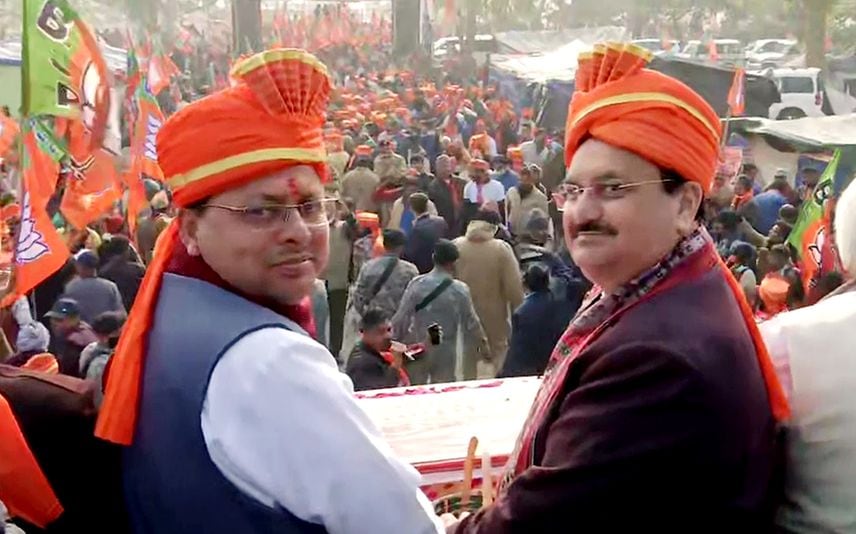 New Delhi: Ahead of Assembly polls, Bharatiya Janata Party (BJP) has planned to convene 10 meetings at every booth in Uttarakhand.

As per sources in the party, in these meetings, the progress of the party will be discussed. The party has set the target of 10 meetings per booth so that the preparation of every booth till the date of elections and proper coordination with the voters of that booth can be made.

Uttarakhand has more than 10,000 booths.

The BJP candidates in the state have been asked to work in coordination with the booth president and 'panna pramukh'.

A 'panna pramukh' or person in-charge of a page of voters' list is the first point of contact for voters in the BJP's machinery of election management.

The candidates have also been asked to take the benefits of schemes of the State and the Centre to the common people.

The party has so far announced the names of 59 candidates, while 11 names are yet to be announced.

The party has already made its preparations to hold virtual rallies amid COVID-19 restrictions, under which the party has planned to deploy an IT expert in every assembly.

BJP is eyeing to return to power again in the state and hence, expediting their efforts to reach out to the maximum number of voters.

Elections will be held for 70 Assembly seats in Uttarakhand on February 14 and the results will be declared on March 10.