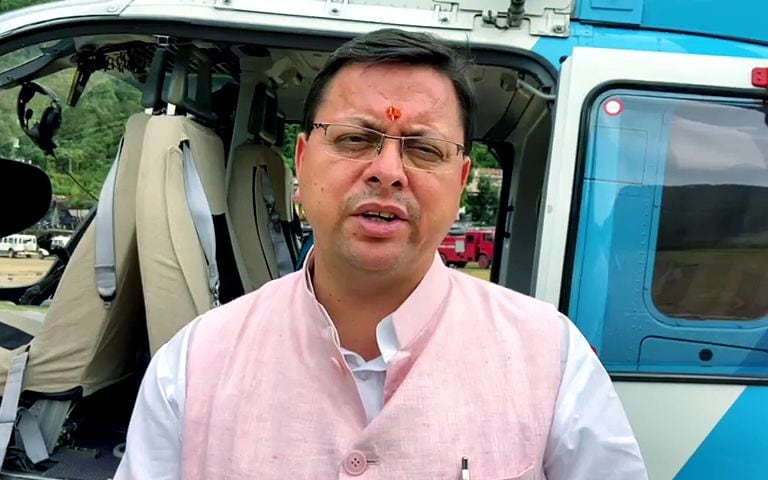 Dehradun: Uttarakhand CM Pushkar Singh Dhami on Monday said Cabinet minister Harak Singh Rawat was expelled from the BJP as he was "mounting pressure" for party tickets to his family members ahead of the Assembly polls.

The Assembly polls in the state are slated for February 14.

The BJP expelled Harak Singh Rawat from the primary membership of the party for six years on Sunday amid speculations that he was joining the Congress. Rawat was in the news recently when he threatened to resign from the state Cabinet insisting on his demand for a medical college in Haridwar.

Dhami told reporters after returning from Delhi that the party stood with Rawat on every development-based issue, including a medical college in Kotdwar.

The BJP tried to take him along despite the fact that he caused considerable unease from time to time, Dhami said.

"But when he began mounting pressure on the party for a ticket for himself as well as his family members, the party had to take a decision like this," the chief minister said.

He said the BJP is against dynasty politics and follows the path of development and nationalism.

"Our policy is absolutely clear. We will not give tickets to two people from the same family. We have decided not to give a ticket to more than one person from a family. Our party has always been against it," he said.

Denying that there is any division in the party, he said no BJP MLA is going anywhere.

Rawat, who represents the Kotdwar seat in the state Assembly, is said to have been seeking a ticket for his daughter-in-law Anukriti Gusain from the Lansdowne constituency and a change of seat for himself.

With the BJP disagreeing with him on the issue, he is understood to have been exploring possibilities of rejoining the Congress, which he had quit in 2016 after rebelling against the then CM Harish Rawat.

Rawat was also ousted from the state Cabinet following his expulsion. He was the forest and labour minister in the Pushkar Singh Dhami government. PTI