Anybody can contest; Cong president poll will be free and fair, transparent: Venugopal 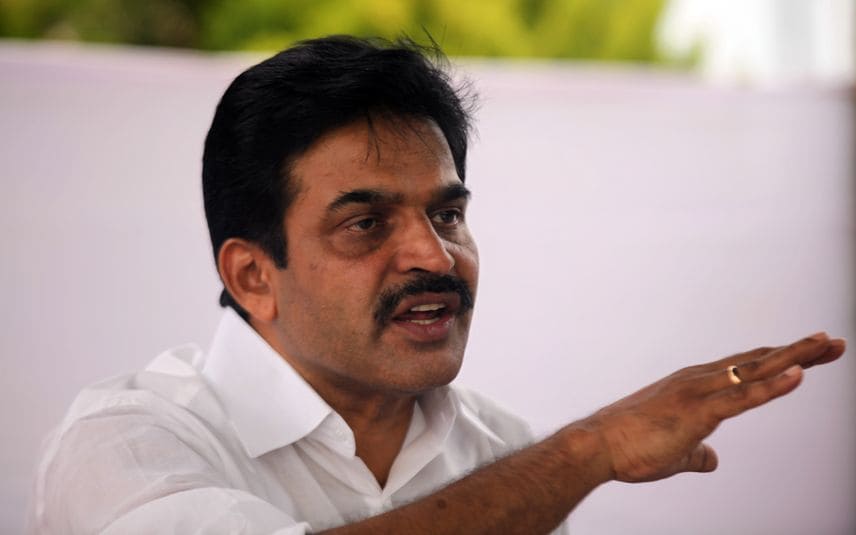 New Delhi: Anybody can contest the Congress president's poll which will be free and fair as well as transparent, Congress general secretary K C Venugopal said on Tuesday after meeting party chief Sonia Gandhi here.

Speaking with reporters outside Sonia Gandhi's 10 Janpath residence, the party's general secretary in-charge organisation said it was a "routine meeting" with the party chief on pending organisational issues.

Asked if the AICC chief's poll was also discussed during his meeting with Gandhi, Venugopal said, "Polls have been announced, what is the need of a discussion. On September 22 notification will come and nomination will start on September 24."

"Whoever wants to file a nomination, can file it. We have said it will be an open election, anybody can contest, free and fair election, definitely it will be a transparent election," he said.

Anybody can contest the election and that has been our stand which is continuing, he added.

Asked if Rahul Gandhi will contest, Venugopal said only the former can decide and he "has not told us anything".

On resolutions being passed by various state units of the party seeking Rahul Gandhi's elevation to the top post, Venugopal said there was nothing wrong in that as party workers were expressing their feelings.

To a query specifically on Shashi Tharoor being a prospective candidate, he said, "Not only Shashi Tharoor, anybody who wants to contest, can contest."

Venugopal refuted reports that he had been called by Sonia Gandhi for a meeting and said that since he had been busy with the Bharat Jodo Yatra and been continuously involved with padyatra, he had not gotten time to discuss pending organizational issues.

There were pending organisational issues that needed to be discussed with the party president, he said.

Talking about the party's Kanyakumari to Kashmir Bharat Jodo Yatra which began on September 7, Venugopal said there was a lot of enthusiasm among the people.

"Last 10 years, the BJP's lie factory has been spreading lies about Rahul Gandhi and now people of India are realising and witnessing who Rahul Gandhi is. The lie factory is being demolished and that is the worry of the BJP," he said.

He hailed Gandhi as a "man of conviction".

The meeting between Sonia Gandhi and Venugopal comes at a time when the Congress is likely to see a contest for the post of party chief with Shashi Tharoor looking set to enter the fray after his meeting with Sonia Gandhi and Ashok Gehlot being seen as the other contender.

Tharoor met Sonia Gandhi on Monday and expressed his intention to contest the poll. The Congress president is learnt to have conveyed to Tharoor that she would stay "neutral" in the elections.

Gehlot, however, denies that he is a candidate and has been saying that he will try and convince Rahul Gandhi to contest.