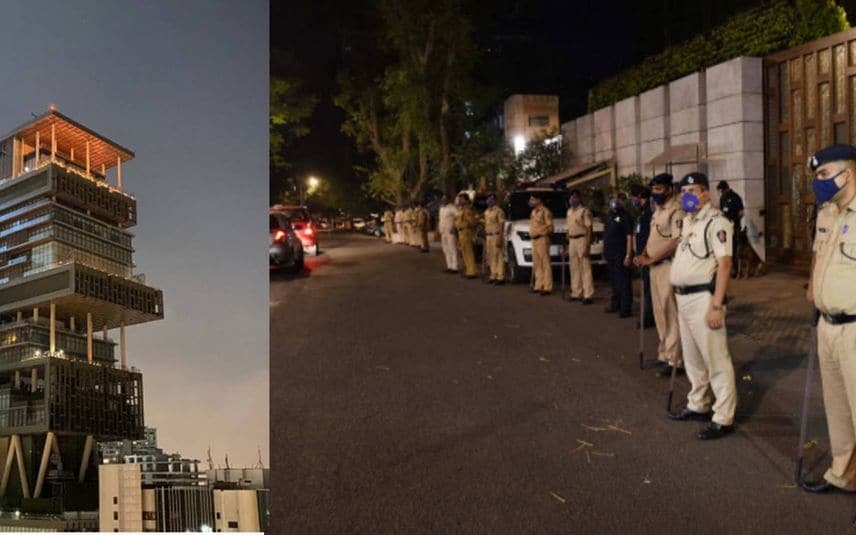 Mumbai: Security was beefed up on Monday outside industrialist Mukesh Ambani's south Mumbai residence after a taxi driver informed the police that two suspected passengers carrying bags with them had asked him about the location of 'Antilia', an official said.

He said more barricades are being put by the police outside 'Antilia', a 27-storey building located on Altamout Road. Police are scanning CCTV footages.

The official said the taxi driver was standing near Killa court in south Mumbai when a car pulled over and its occupants asked him about the location of Ambani's residence.

The two passengers in the car were speaking in Urdu and carrying two bags with them, the official said quoting the cabbie who called up the police control room.

Azad Maidan police are recording the statement of the taxi driver, the official said, adding that police are verifying the claim and a senior officer is monitoring the situation.

In February this year, an explosives-laden SUV was found parked outside 'Antilia', triggering panic.

The National Investigative Agency is probing the alleged role of the then Assistant Police Inspector (API) of Mumbai Police, Sachin Waze, in the SUV incident, and he was arrested.