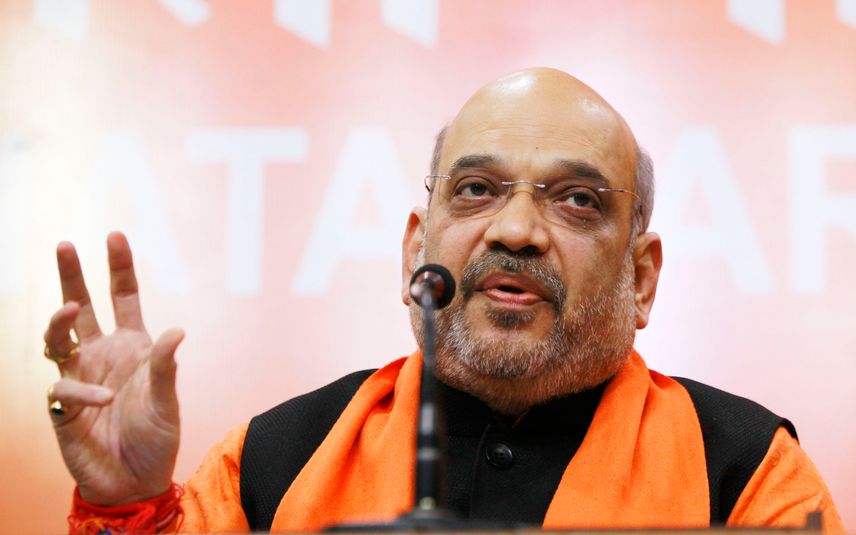 Siliguri (West Bengal): Union Home Minister Amit Shah on Monday slammed the Trinamool Congress for spreading rumours about the Citizenship (Amendment) Act and said that the Central government will implement it once the COVID-19 pandemic ends.

The Home Minister, who is on a two-day visit to West Bengal, said that Chief Minister Mamata Banerjee wants that the refugees who have come to Bengal should not get citizenship.

"TMC is spreading rumours about CAA that it won't be implemented on the ground, but I would like to say that we will implement CAA on the ground the moment the COVID-19 pandemic ends. Mamata didi only wants that the infiltration continues and the refugees who have come to Bengal should not get citizenship. CAA was reality, is reality and is going to be a reality," said Shah, while addressing Paschim Bango Samman Samavesh in Siliguri, West Bengal.

Shah also thanked the people of Bengal for helping raise BJP's tally in Assembly to 77 from three and said that the party will continue to fight against the "atrocities" of TMC.

"When we fielded in the last Bengal assembly elections, we had only 3 seats. You increased the BJP from 3 seats to 77 seats. By giving 2.28 crore votes to BJP in the assembly elections, you have strengthened the party in every village. BJP will not stop its fight unless and until Didi will not stop the rule of atrocities, corruption, catastrophe, syndicate on the people of Bengal," he said.

The Home Minister further attacked the ruling TMC in the state and said, "People of Bengal gave a mandate for 3rd time to CM Mamata Banerjee. We thought Didi will get better, but corruption, syndicate, and killings of BJP workers are yet to stop. Mamata Didi shouldn't think that BJP won't fight back."

The Home Minister alleged that after the post-poll violence in Bengal, the Human Rights Commission said that there is no rule of law in Bengal, it is the rule of the ruling party.

"Here 101 people were killed, 1829 people were injured and TMC goons were found guilty in more than 168 cases," he said.

He asked why the Chief Minister didn't send a delegation to Birbhum where 8 women and a child were burnt alive.

"She sends a delegation whenever an incident happens across the country, but why didn't she send a delegation to Birbhum where 8 women and a child were burnt alive, aren't they her people?" asked Shah.

The Home Minister said that the Bengal has the highest electricity prices in the entire country and the highest petrol price.

"Even today, the poor of Bengal do not get the benefit of Ayushman Bharat Yojana. Mamta didi does not implement the Ayushman Bharat scheme out of fear of the popularity of Prime Minister Narendra Modi," he added.

He further said that Banerjee always misled the Gorkha brothers and sisters.

"I have come today to tell the Gorkha brothers and sisters that if there is one party which thinks in the interest of Gorkhas, it is only BJP. We have said that a permanent political solution to all the problems will be found within the limits of the Constitution," he added.