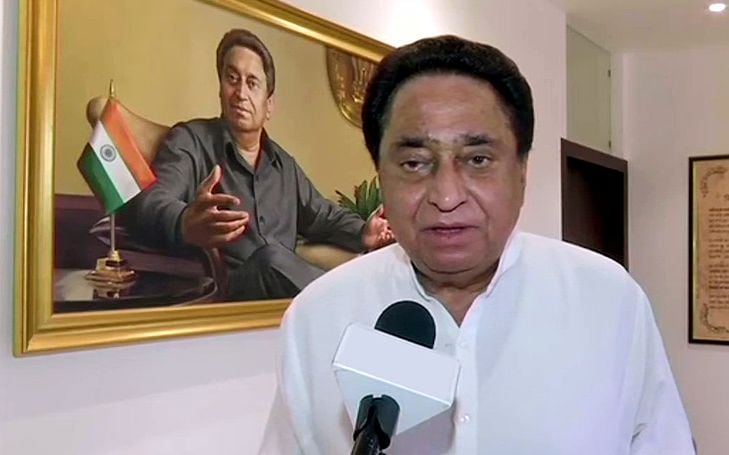 The visit of Kamal Nath, the Madhya Pradesh Congress Committee chief, to Delhi comes amid a political drama in Rajasthan over leadership change following Ashok Gehlot's announcement that he would contest the AICC president polls.

Kamal Nath is known to have close ties with the Rajasthan chief minister and could be asked to broker a truce, sources said.

While legislators loyal to Gehlot have been vocal about their issues, MLAs in the Sachin Pilot camp refrained from commenting.

MLAs loyal to Gehlot have said they have put forth demands before the observers that any decision on the chief ministerial face should be taken after the party president election on October 19 and in consultation with Gehlot.

AICC observers Mallikarjun Kharge and Rajasthan in-charge Ajay Maken, who had waited in vain for all legislators to arrive for the Congress Legislature Party (CLP) meeting on Sunday, were trying to persuade Gehlot loyalists to meet them one by one in an effort to defuse the political crisis.

However, several MLAs have left for their respective constituencies in view of Navratri festival, party sources said.

The observers are likely to submit a report on the matter to Sonia Gandhi.