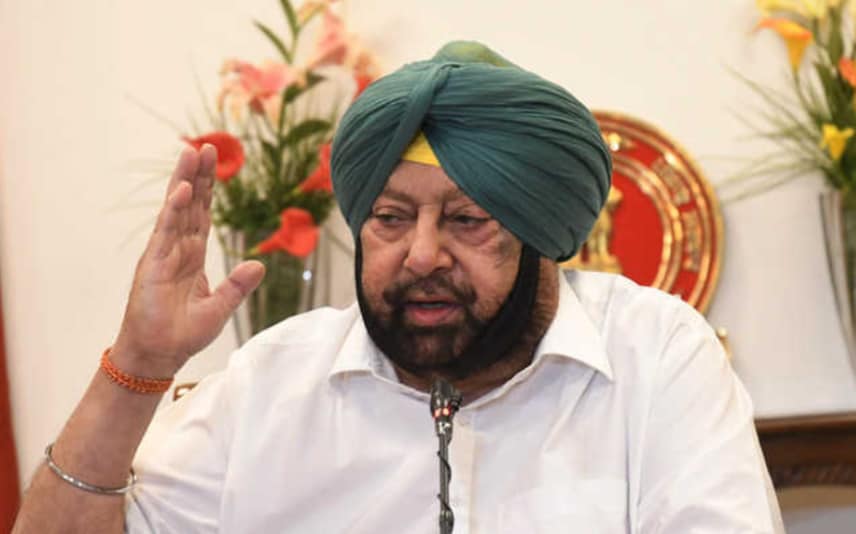 Chandigarh: Taking a strong exception to the recent statements of Punjab Congress chief Navjot Singh Sidhu's two advisors on sensitive national issues like Kashmir and Pakistan, Punjab Chief Minister Captain Amarinder Singh on Sunday slammed them for making such "atrocious and ill-conceived" comments that were "potentially dangerous" to the peace and stability of the state and the country.

The Chief Minister urged Sidhu's advisors - Dr Pyare Lal Garg and Malwinder Singh Mali -- to stick to giving advice to the PPCC president and not speak on matters of which they clearly had little or no knowledge, and had no understanding of the implications of their comments, read the release from the Chief Minister's Office (CMO).

Amarinder Singh was reacting to reported remarks of Dr Pyare Lal Garg questioning his (Captain Amarinder's) criticism of Pakistan, as well as the earlier controversial statement of Malwinder Singh Mali on Kashmir. Both of them were recently appointed by Sidhu as his advisors.

CM Amarinder expressed shock at the "extraordinary" statements of Mali and Garg, which he said were "totally misplaced and antagonistic" to the stated position of India and the Congress on Pakistan and Kashmir. He urged the Punjab Congress president to rein in his advisors before they end up doing more damage to India's interests.

"Kashmir was and is an inalienable part of India," asserted the Chief Minister, adding that with his proclamation to the contrary, Mali had effectively and inexplicably toed Islamabad's line.

"This is totally anti-national," he said, also slamming Mali for failing to withdraw his statement despite the widespread condemnation it had evoked not only from other parties but also from within the Congress.

Ridiculing Garg's statement that criticism of Pakistan by him (Captain Amarinder) was not in the interest of Punjab, the Chief Minister said Sidhu's advisor was clearly disconnected from the ground reality.

"The fact, which every Punjabi and in fact every Indian knows, is that Pakistan's threat to us is real. Every day they are pushing weapons and drugs into Punjab via drones in a brazen attempt to destabilise our state, and our nation. Punjabi soldiers are dying at the borders at the hands of Pak-backed forces," pointed out the Chief Minister.

"Garg may have forgotten the thousands of Punjabi lives lost in the fire of Pak-backed terrorism of the 1980s and 1990s, but I have not. Nor have the people of Punjab. And we will continue to do everything in our power to fight off Pakistan's dangerous games," asserted CM Captain Amarinder, urging Garg not to undermine the sacrifices of Punjabis with his outrageous, irresponsible and patently politically motivated statements.