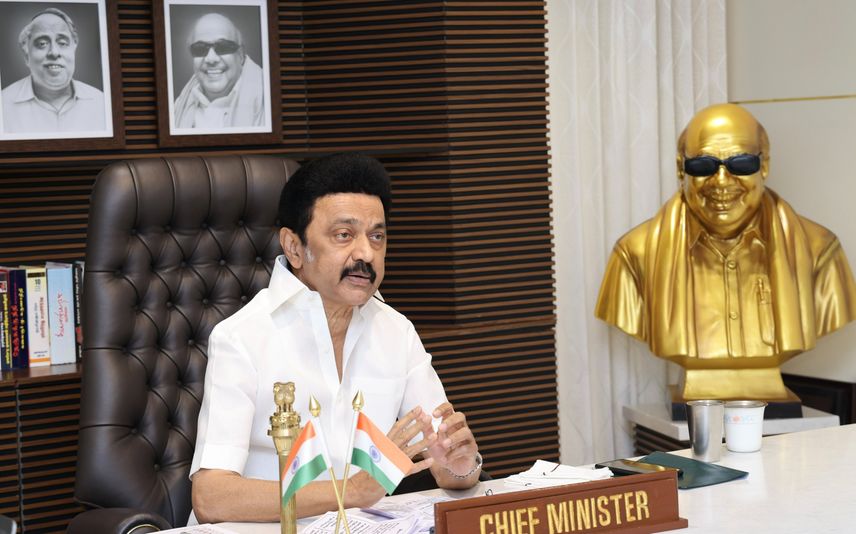 Chennai: Tamil Nadu Chief Minister M K Stalin on Wednesday said he will soon launch an All India Federation For Social Justice and strive to achieve the principles of federalism and social justice at the national level.

This federation will be adequately represented by leaders of the depressed classes from all the states, he said while addressing a national webinar on “Taking forward the struggle for social justice and joint national programme (JNP) for social justice movement,” held on Republic Day under the aegis of various social organisations across the country.

“Those truly concerned about social justice will be part of it. This federation will provide strong suggestions for all the states to agree to laws related to social justice,” he announced.

Though the percentage of Backward Classes may differ from state to state, the ideology of social justice will be the same. “Everything for everyone will be the base of this federation, which will work to achieve the principles of federalism and social justice,” the Chief Minister said.

The path for social justice, Stalin said, was not made in a day but “painstakingly laid over the decades, stone by stone, with the sweat and blood of various trendsetters like Dr Natesanar, Dr T M Nair, Sir P Theagarayar, A T Panneerselvam and Panagal Arasar.”

Pointing out that the concept and need for social justice is the same, the Chief Minister said he was glad that the "seeds of social justice sown by the Dravidian movement has sprouted across the country." His new initiative will be launched at the earliest aiming at inclusive growth for everyone.

Speaking on the 27 percent reservation for OBCs in All India Medical Quota, Stalin said the Central government gave the impression as if it had ensured the reservation for the community. But on the contrary, it was the DMK that played a great role, he said, adding that his party took up the issue at various levels and ensured victory for social justice.

“Only on July 26, 2021, India's Solicitor General said that the Centre would abide by the court's verdict,” the Chief Minister said.

Describing it as a “victory” for OBCs and Scheduled Castes, he said social justice is about ensuring social equality in all spheres, not merely in employment and education.

Leader of Opposition in Bihar Tejashwi Yadav, Dravidar Kazhagam president K Veeramani, and DMK MP P Wilson were among those who participated in the webinar.

ALL INDIA FEDERATION FOR SOCIAL JUSTICE

New Delhi:A tormenting heatwave swept through the national capital and its neighbouring areas on Sunday with the mercury leaping to 49.2 degrees Celsius ..

New Delhi:The owner of a building in outer Delhi's Mundka where a massive fire claimed the lives of at least 27 people was arrested on Sunday, two days ..

Udaipur (Rajasthan): Congress president Sonia Gandhi on Sunday announced forming an advisory group from among CWC members which would meet regularly to ..

Tirunelveli: Two persons were rescued and four are still trapped in a quarry near Ponnakudi in Tamil Nadu's Tirunelveli district after a giant stone fell ..