All firecrackers sale licenses in Delhi suspended ahead of Diwali 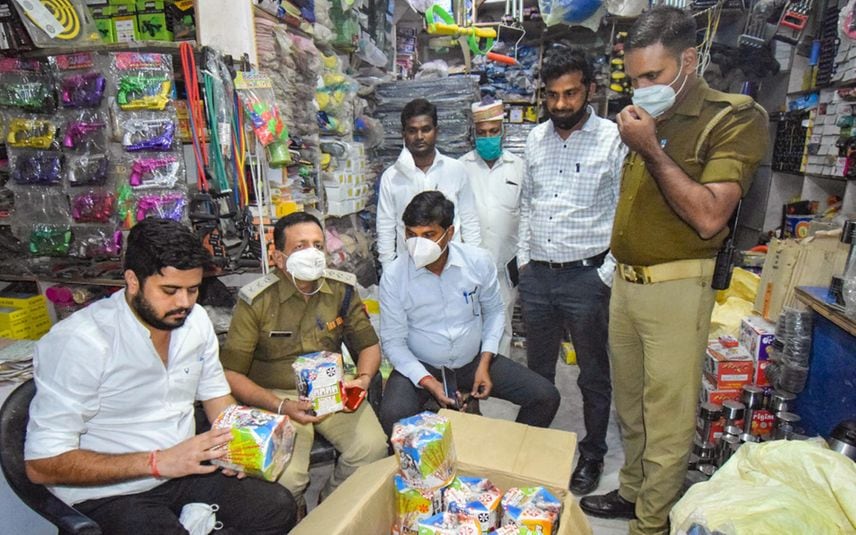 New Delhi: In a major development ahead of Diwali, the Delhi Police on Sunday suspended all licenses issued for sale of firecrackers and said that further action will be taken on the National Green Tribunal's directions.

Ahead of Diwali, the Delhi Police has seized 593 kg of illegal crackers being sold in various parts of Delhi. Seven people have also been arrested in this regard and cases registered against them.

"The Delhi Police has also arrested two for bursting firecrackers after registering eight cases in this connection," a senior police officer said.

On Saturday, a man was arrested selling illegal fireworks without any license in south Delhi's Jaitpur, and 16.3 kg of illegal firecrackers seized from his possession. Cases under relevant sections of the Indian Penal Code and the Explosives Act.

The Delhi government has imposed a blanket ban on firecrackers, including those branded 'green', between November 7 and 30, with the city reeling under the impact of hazardous air quality and a steep rise in the number of Covid-19 infections.