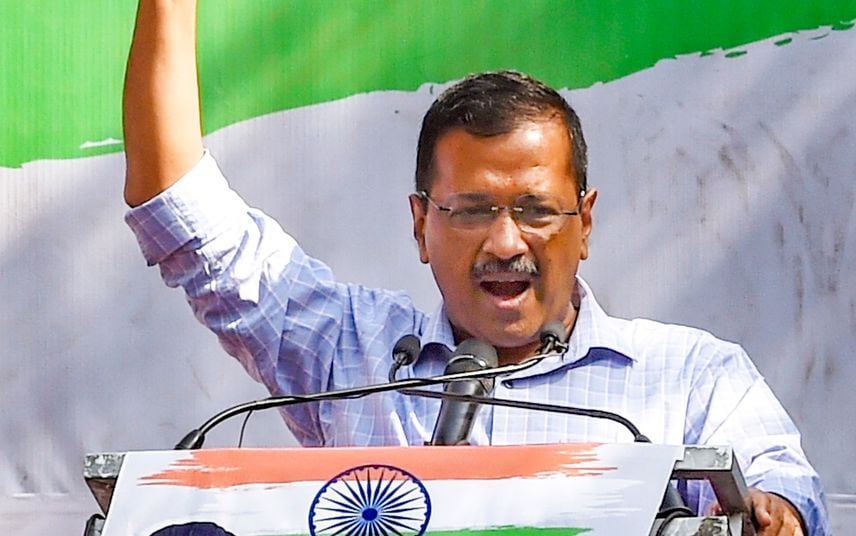 New Delhi: The Aam Aadmi Party which won the assembly elections in Punjab needs to perform well in the next set of assembly polls, likely to be held either later this year or early 2023, to become a claimant for National Party status.

The Aam Aadmi Party (AAP) is already a State Party in Delhi and Punjab. While it is already in power in Delhi, it is set to take over Punjab following its performance in the state.

Citing provisions of the Order, he said a party needs eight per cent of votes in a state to get State Party status.

"There are multiple alternatives. If a party gets six per cent votes and two seats in legislative assembly, it gets the status of a State Party. Another alternative to get State Party status is to get at least three seats in assembly irrespective of vote share," the former poll panel official said.

"There are provisions regarding performance in Lok Sabha polls too. But they are due in 2024," he said.

According to the latest trends available on the Election Commission website, the AAP has managed 6.77 per cent vote share in the Goa assembly polls.

The term of the Himachal Pradesh assembly ends on January 8, 2023, and that of Gujarat on February 18 next year. The two elections can be held either late this year or early 2023.

The AAP has been working hard in Gujarat and Himachal Pradesh preparing its ground for the polls.