With enhancements in the CO-WIN software, the additional secretary said creation of more session sites, more sessions per site and change in site location has now been allowed. 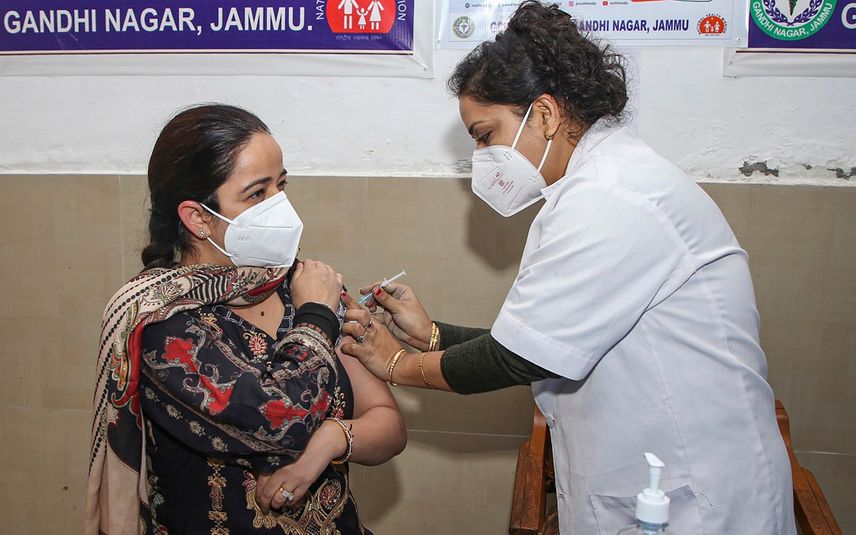 A medic administers COVID vaccine to a doctor | Photo: PTI

New Delhi: The number of healthcare workers who have received COVID-19 vaccine jabs in the country till the evening of the sixth day of the nationwide immunisation drive has reached 9,99,065 as per provisional reports, Union Health Ministry said on Thursday.

It also said on Thursday, 1,92,581 beneficiaries were vaccinated till 6 pm through vaccination sessions held across 27 states and Union Territories, while adding the final report would be completed by late in the night.

"The cumulative number of healthcare workers vaccinated against COVID-19 has touched 9,99,065 (till 6 pm Wednesday) through 18,159 sessions, as per the provisional report," Dr Manohar Agnani, additional secretary in the health ministry, said.

As far as adverse event following immunization (AEFI) are concerned, he said there was one hospitalisation in Rajasthan.

"A person who was vaccinated on January 16 and developed intracranial hemorrhage on January 20 has been admitted to Geetanjali Medical College and Hospital, Udaipur in Rajasthan and it is not related to vaccination. Further no death has been reported today," Agnani said.

With enhancements in the CO-WIN software, the additional secretary said creation of more session sites, more sessions per site and change in site location has now been allowed.

Further, planning and scheduling the sessions for the entire week is enabled. For enhanced safety of the beneficiaries, tagging of contraindications is being enabled in the vaccinator module, Agnani said.