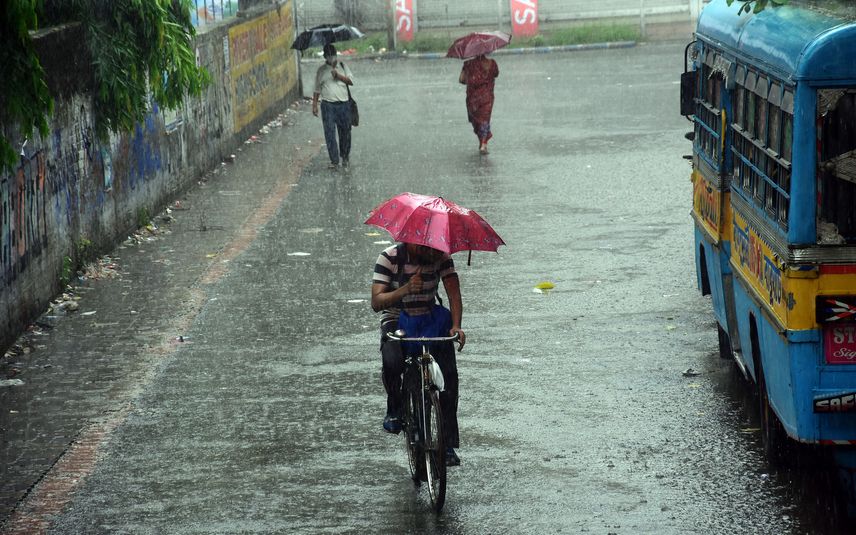 Vadodara: As part of pre-monsoon deployments, six more National Disaster Response Force (NDRF) teams have been sent from the 6th NDRF battalion at Jarod near Vadodara to different districts of Gujarat on Sunday to deal with the possibility of floods triggered by incessant rainfall in the state.

Four teams have been sent to the Rajkot in Gujarat and one each to Surat and Banaskantha.

The 6th battalion of the NDRF operating at Jarod near Vadodara has been deploying forces to the entire state including the districts of Central Gujarat, Rajasthan, and Madhya Pradesh for the relief and rescue in case of natural calamities and man-made disasters in the cities.

A total of 10 battalions are presently functioning in the districts prone to pre-monsoon calamities in Gujarat and Rajasthan.

This process was initiated with the onset of monsoon in consultation with the state government machinery. Earlier, as a part of this exercise, 3 teams were deployed in 3 districts of Gujarat and 4 districts of Rajasthan which are currently functional.

A total of 9 teams will be deployed for relief and rescue operations during monsoon in these districts.

Currently, the situation in the Anand district of Gujarat is grim due to heavy rainfall, wherein one civilian died on Saturday and another died on Thursday by drowning in rainwater. Around 52 animals also perished in rainwater.

Around 1100 people were taken to safety shelters with the help of NDRF and locals from the Anand district on Saturday.

The sewage also got choked with excessive inundation.

Existence of NDR fund does not prohibit PM-CARES: Centre to SC