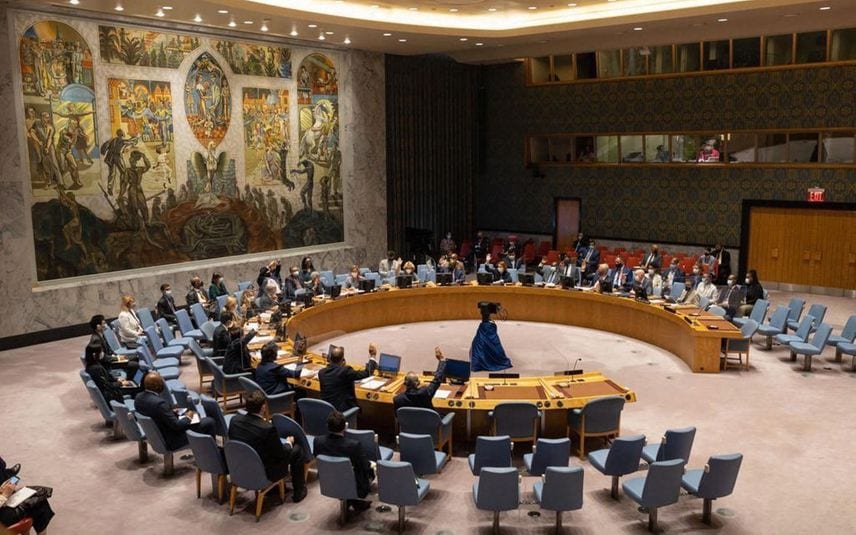 New Delhi: Four out of five permanent members of the UN Security Council (UNSC) have supported India's candidature for a permanent seat in the top world body, the government told the Lok Sabha on Friday.

In response to a question, Minister of State for External Affairs V Muraleedharan said India has been consistently taking up China the issue of reform of the UNSC. China is the only country which has not yet supported India's bid to become a member of the UNSC.

"Four out of the five permanent members of the United Nations Security Council have bilaterally expressed official affirmations of support for India's candidature to a permanent seat in an expanded UN Security Council," the minister said.

Muraleedharan said the government has accorded the "highest priority" to getting permanent membership for India in an expanded UNSC.

"Towards this end, the government has undertaken various initiatives aimed at building international support for India. The matter is consistently taken up during bilateral and multilateral meetings at all levels, including at the highest levels," he said.

He also referred to comments by a Chinese foreign ministry spokesperson last year following India-China consultations on the UNSC.

Muraleedharan said the spokesperson, responding to a question, said that China supports UNSC reforms in a manner that increases the authority and efficacy of the body and increases the representation and voice of developing countries so that the small and medium-sized countries have a greater opportunity to participate in the decision making process.

At present, the UNSC comprises five permanent members and 10 non-permanent member countries which are elected for a two-year term by the General Assembly of the UN.

The five permanent members are Russia, the UK, China, France and the United States and these countries can veto any resolution. There has been growing demand to increase the number of permanent members to reflect the contemporary global reality. India, Brazil, South Africa, Germany and Japan are strong contenders for permanent membership of the UNSC which has primary responsibility for the maintenance of international peace and security.

An Inter-Governmental Negotiation (IGN) process of the UN has been working on various aspects of the reform, including categories of membership, issues relating to the veto power and regional representation.

"The process of UNSC reforms is being presently discussed under the IGN framework of the UN General Assembly, where India along with like-minded countries have been pushing for text-based negotiations to commence on an urgent basis," Muraleedharan said.

He said India is also working alongside other reform-oriented countries through its membership in G-4 (India, Japan, Brazil and Germany) and the L.69 Group (a cross regional group of countries from Asia, Africa and Latin America). PTI