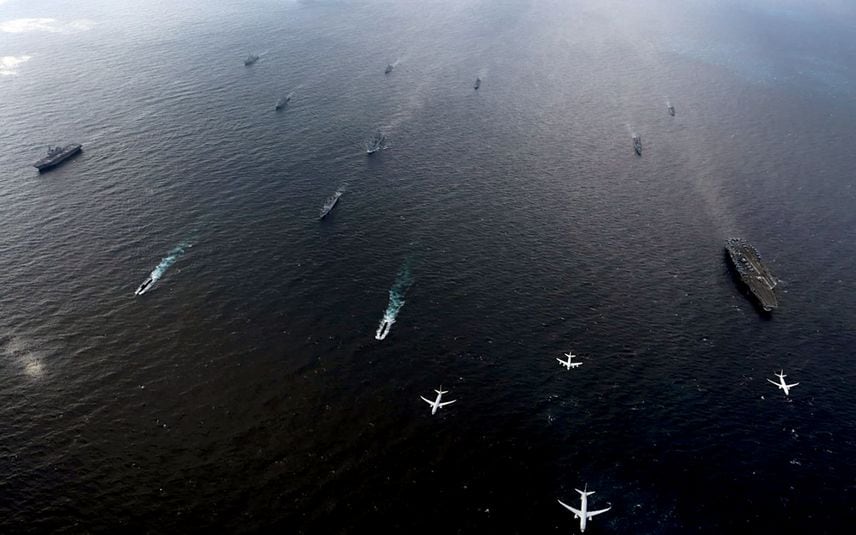 The 26th edition of the multinational maritime exercise MALABAR 22 culminated in the seas off Japan, on Tuesday. This edition also marked the 30th anniversary of the exercise and was hosted by the JMSDF | Photo: ANI

New Delhi: The 26th edition of the multinational maritime exercise "MALABAR 22" culminated in the seas off Japan on November 15, the Ministry of Defence said on Wednesday.

This edition also marked the 30th anniversary of the exercise and was hosted by the Japan Maritime Self-Defense Force (JMSDF).

Malabar series of exercises began in 1992 as a bilateral exercise between the navies of India and the US and gained further prominence with joining of the navies of Australia and Japan.

The sea phase of MALABAR 22 was conducted over a period of five days near Yokosuka and witnessed live weapon firings, surface, anti-air and anti-submarine warfare drills and tactical procedures. Another highlight of the sea phase was the conduct of War at Sea exercise which enabled all four navies to consolidate interoperability and hone their tactical skills.

Apart from operational drills and exercises, the bilateral logistics support agreements between the participating countries were validated during this edition of exercise Malabar.

The exercise helped enhance understanding of each others operational methodologies and ability to co-operate to tackle myriad maritime challenges. (ANI)