Karnataka health officials have released a route map of a COVID-19 patient who extensively travelled across Karnataka. 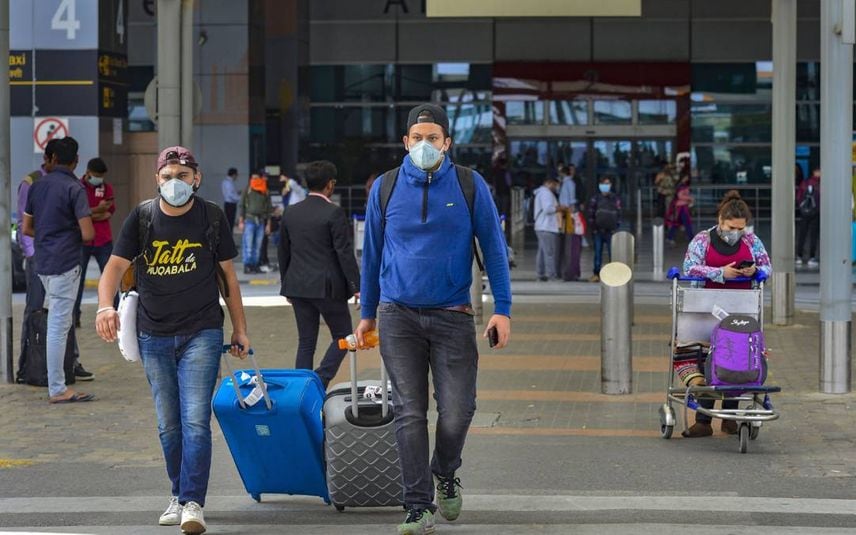 Bengaluru: Seven confirmed coronavirus cases were reported in Karnataka on Monday, taking the total number to 33, the State Health department said. The new positive cases include two from neighbouring Kerala, and five from Bengaluru.

"Till date 33 COVID-19 positive cases have been confirmed in the state which includes one death," the department said in a bulletin. It said 31 patients are in isolation at designated hospitals and are stable.

The fresh cases include two men from Kerala with a travel to history to Dubai. Both arrived here on March 22. They are a 46-year-old from Kasaragod and a 22-1year-old from Kannur.

Both had coronavirus symptoms and were admitted to hospitals from the airport itself. While the Kasaragod man is in isolation in Mysuru, the Kannur man is under isolation in Bengaluru.

A 24-year-old man, who had history of travelling to the UK and Dubai and arrived on March 18 and a 60-year-old man who came from Germany and reached here on March 17.

Meanwhile, Karnataka health officials have released a route map of a COVID-19 patient who extensively travelled across Karnataka. Officials have directed people who had been in contact with this individual to immediately contact health department authorities.