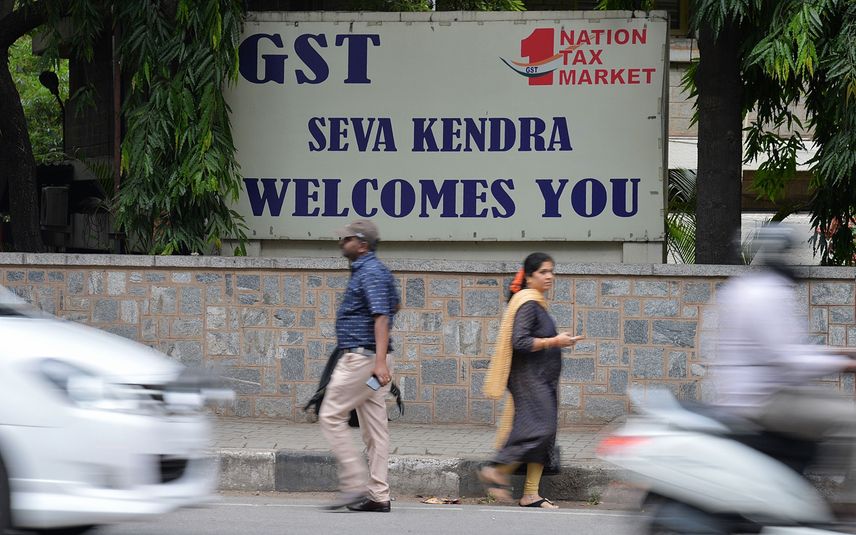 Chandigarh: About a dozen states on Wednesday pitched for extending by a few years the compensation paid to states for revenue lost from the implementation of the goods and services tax (GST) regime.

The GST Council, the highest decision-making body of the indirect tax regime, however, did not take any decision at its meeting here.

A final decision is likely to be taken in the next GST council meeting in the first week of August, Finance Minister Nirmala Sitharaman said while talking to the media after the 47th GST Council meeting here.

"As many as 16 states spoke on GST compensation in today's meeting. Of this there were 3-4 states that said that they have to stand on their own and not depend on compensation," Sitharaman said.

When a nationwide GST subsumed 17 central and state levies from July 1, 2017, it was decided that states will be compensated for any loss of revenue from the new tax for five years. That timeframe is ending on June 30.

With two years being lost in the pandemic, states have sought an extension of this compensation period by five years.

"A few states today said that they would like the compensation to continue for some time, even as few other states said that yes it is a question of coming out of pandemic but they have to stand on their feet.

"There were broadly statements being made with a sense of whether compensation can be continued if not for five years, for a few years," Sitharaman said.

When the GST was rolled out, states were promised compensation for revenue loss till June 2022. The compensation amount was raised from levying a cess on luxury, demerit and sin goods over and above the 28 per cent tax.

Non-BJP ruled states, such as Chhattisgarh, Kerala and Rajasthan, want the compensation regime to be extended by five years or the share of states in the GST revenues to be increased to 70-80 per cent from the current 50 per cent.

Union Territory Puducherry, which is ruled by BJP, too wants that the compensation mechanism to be extended to make good the losses suffered due to the GST rollout and expected some positive outcome in the next council meeting in August.

As per data on revenue growth collated for the Council meeting, only five out of 31 states/UTs -- Arunachal Pradesh, Manipur, Mizoram, Nagaland, Sikkim -- registered a revenue growth higher than the protected revenue rate for states under the GST in the financial year 2021-22. Puducherry, Punjab, Uttarakhand and Himachal Pradesh have recorded the highest revenue gap between the protected revenue and post-settlement gross state GST revenue in 2021-22.

Though states' protected revenue has been growing at 14 per cent compounded growth, the cess collection did not increase in the same proportion, the COVID-19 pandemic further increased the gap between projected revenue and the actual revenue receipt, including a reduction in cess collection.

To meet the resource gap of the states due to the short release of compensation, the Centre borrowed Rs 1.1 lakh crore in 2020-21 and Rs 1.59 lakh crore in 2021-22 as back-to-back loans to meet a part of the shortfall in cess collection.

The Centre, last week, notified extension of the compensation cess, levied on luxury and demerit goods, till March 2026 to repay borrowing that were done in 2020-21 and 2021-22 to compensate states for GST revenue loss. PTI