Esther’s heartfelt note on her Instagram page has gone viral on social media. She also shared a few snaps with Mohanlal. 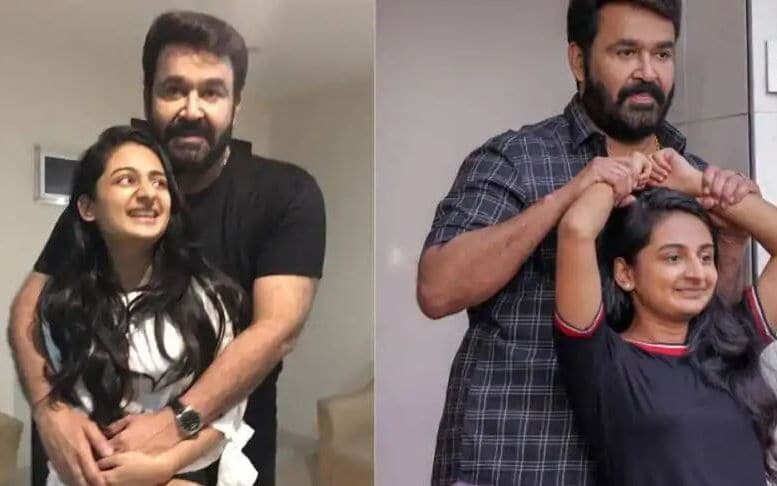 Mohanlal starrer ‘Drishyam 2’ directed by Jeethu Joseph has been receiving good response from the audience. Young actress Esther Anil who played the role of Mohanlal’s younger daughter in the movie has revealed that Mohanlal was her favourite person at the movie set.

Esther’s heartfelt note on her Instagram page has gone viral on social media. She also shared a few snaps with Mohanlal.

“The person who annoys me the most on set but who is still my favourite. While shooting for #drishyam2. I remember coming to the sets every morning either moody or tensed thinking about the deadlines, assignments I have to complete, exams I have to give ahh.. and then this lovely person comes and wishes me a ‘ Good morning’ with the sweetest smile. Not once but every day. That was more than enough to brighten up my day,” penned Esther as revealing her warm bond with the superstar.

“Whatever was happening he would pick up something or the other to tease me and @meenasagar16 @ansiba.hassan you guys always joined his team! I mean why?? Why was I the target all the time Jokes apart we had the nicest time shooting for #drishyam2 and Thanks a heap Lal Uncle, for being a wonderful, happy, fun person to work with. Lots of love,” she added.

Esther who made her acting debut as a child artiste has won the hearts of the audience by playing the role of Mohanlal’s daughter in ‘Drishyam’, the prequel of ‘Drishyam 2’. She essayed the same role in Tamil and Telugu remake of the movie.

‘Drishyam 2’ marks Esther’s third movie with Mohanlal. Apart from ‘Drishyam’, she shared screen space with Mohanlal in ‘Oru Naal Varum’ which released in 2010.

She will be next seen in Manju Warrier starrer ‘Jack and Jill’ .