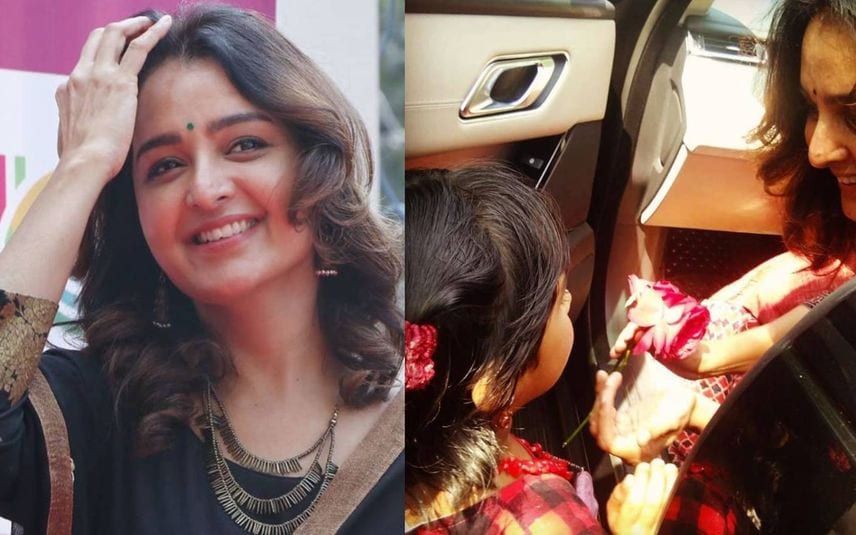 Mollywood star Manju Warrier treated her Instagram followers with an adorable pic. The pic featured the star with a little girl who is a fan of her.

Manju who is popular for her down-to-earth behaviour was seen all smiles while interacting with the child. Her little fans gifted a red rose to Manju expressing their love to her.

Sharing the pic on her Instagram page, Manju Warrier penned a note on the cute gift from the child.

“When a child gives you a gift, even if it is a rock they just picked up, exude gratitude. It might be the only thing they have to give, and they have chosen to give it to you,” wrote the actress praising the child’s effort to find a gift for her.

Manju Warrier will be next seen in Mohanlal starrer ‘Marakkar-Arabikadalinte Simham’. According to reports, she is busy with the shooting of her brother Madhu Warrier’s directorial debut ‘Lalitham Sundaram’. Sunny Wayn starrer ‘Chathurmukham’, Nivin Pauly starrer 'Padavetttu' and Mammootty starrer ‘The Priest’ are her upcoming movies.