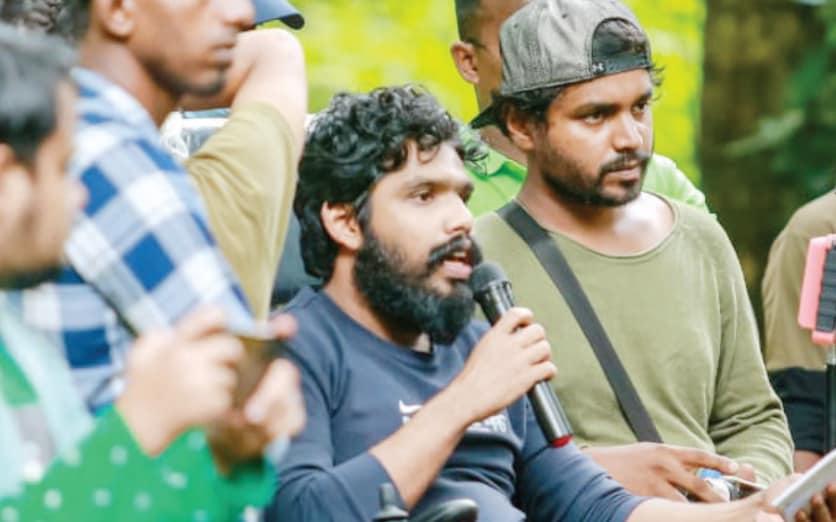 Travelling through the steep hills of Kannavam and Vagamon for a month with the help of his friends, Alan Vikranth is finally actualising his dream of making a movie. The shooting of ‘Gloora’ written and directed by Alan has been completed. He was also the cinematographer of the movie. It was his friends who carried him and his wheelchair on their shoulders during the entire production.

Alan, who is a native of Kannur’s Peravoor, became a paraplegic after an accident in 2018. The 25-year-old and his friend met with the accident on September 9, 2018, when they were travelling on the Athirampuzha-Ettumanoor route. The bike they were travelling was hit by a car. He had Alan survived injuries to his spinal cord, while his friend Nidhin died on the spot.

Most parts of the movie were shot in Kannavam and some portions in Vagamon. His friends Albin Augusty, Josu, Sandy Sero, Jibin T George, TJ Jibin, B Harikrishnan, Richumon Joseph, and Bibin Joy have always stood with him. Albin, Josu and Sandy are playing the lead characters in the movie.

The movie is produced by Alan’s brother Clint Sebastian. The editor of the movie is Daniel Pakalomatton, an associate of Antony, who was the editor of ‘Enthiran’, ‘2.0’ and ‘Ghajini’. Alan said that it has not yet been decided if the movie will be released in theatres or OTT.