We need to be more inclusive: Aditi Rao Hydari on north-south cinema debate 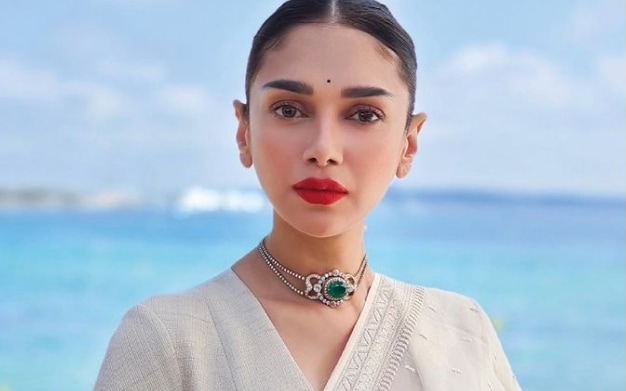 As someone who joined films to become a Mani Ratnam heroine, Aditi Rao Hydari says tags such as 'south actor' and 'regional cinema' need to be done away with to make the Indian film industry a "more inclusive" place.

Commenting on how the films from the south are enjoying path-breaking success irrespective of language and also challenging the dominance of Hindi cinema, Aditi said the popularity of movies from the region should instead encourage filmmakers up north to re-evaluate.

"It is not fair that they are doing well and suddenly we are like 'okay this is also us'. We need to be more inclusive. We should have done it earlier. Rather than saying why we are not doing that, we need to understand that 'that we' is also us. It is all one. So, it is not us versus them. We are one and we should tap into all that is available to us," the actor told Anupama Chopra of Film Companion on the sidelines of the ongoing Cannes Film Festival.

Today, the world has shrunk and that's not just the case with Telugu, Tamil, and Hindi cinema, she said, adding she would also love to star in a Spanish film one day.

"Somewhere we have to be consciously aware that we say south actor… What does that even mean? There are many languages there. Till today we say regional cinema, why? Every area is a region and that region has wonderful cinema, directors who are visionaries... We are the Indian film industry and we are Indian actors," Aditi, who has starred in films across Hindi, Tamil, Telugu, and Malayalam industries, said.

The Hyderabad-born actor said she doesn't discriminate between films from different languages as she grew up on a steady diet of cinema from different regions, countries and languages thanks to her mother.

"I didn't grow up watching many Hindi films actually. So, in my mind there was no difference. It was about directors, content, stories and how it makes you feel. Maybe that is a very simplistic view but today, when I look at the way that cinema is I feel that's a really nice way to be," she added.

Aditi, 35, said she knew the only way would be able to work with Ratnam was if she learnt to speak Tamil. And her dream was realised years later when she worked with the master filmmaker on his 2017 film "Kaatru Veliyidai".

"I joined the film industry because I wanted to be a Mani Ratnam heroine. Somewhere at the back of my head I was like 'I have to be able to speak Tamil somehow' because that's the only way I'll be able to do it."

Apart from her, she pointed out, there were a lot of actors who did films across languages "possibly not in a planned kind of way" and when it was not a "trend".

"I also didn't plan it, I did it because I genuinely just wanted to do it," she added.

The actor made her acting debut in 2006 with the Malayalam film "Prajapathi" and her Hindi debut came a year later with "Delhi 6".

Aditi, whose latest release was "Hey Sinamika" (Tamil), said cinema from all languages needs to be celebrated.

"Each one of us has that responsibility to constantly be woke and understand that we have to be together. Look at the cinema that has been coming from Malayalam, Tamil industries and the hits from Telugu industry. It is wonderful. We must celebrate them," she said.