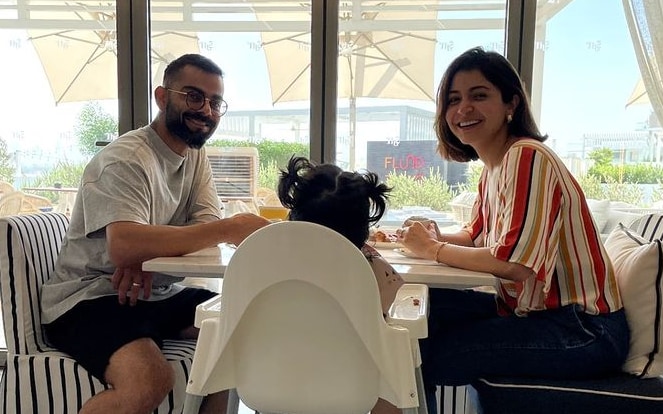 Virat shared the picture on Instagram, where the three are seen sitting and enjoying breakfast. Virat and Anushka look into the lens and smile while Vamika's back is towards the camera.

Virat chose a heart emoji to caption the image, which currently has 2.6 million likes on the photo-sharing website.

Vamika was born on January 11. Anushka and her husband Virat, who are fondly called as 'Virushka' by their fans, had tied the knot in December 2017 in Tuscany, Italy.

The actress has two films in the pipeline. She will be seen in Navdeep Singh's 'Kaneda', and a biopic of cricketer Jhulan Goswami.

The actress was last seen in the film 'Zero' in 2018. She produced the web series 'Paatal Lok' and the film 'Bulbbul' for OTT last year.