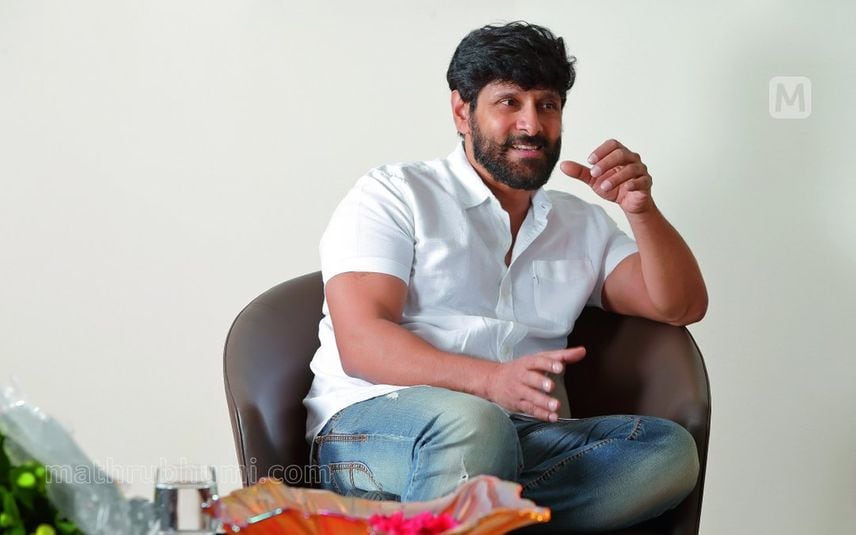 The makers unveiled a video of Vikram dubbing for the film in 5 languages -- Tamil, Hindi, Telugu, Kannada and Malayalam.

Vikram is playing the titular role of Aditya Karikalan in the film, which is based on the classic Tamil novel Ponniyin Selvan by writer Kalki.

Vikram has worked in Tamil films and also appeared in Telugu, Malayalam and Hindi cinema. He has been feted with a National Film Award and a Tamil Nadu State Film Award. Amongst his other honours are the Kalaimamani Award from the Government of Tamil Nadu in 2004 and an honorary doctorate by the Popular University of Milan.

The actor made news after he was taken to the hospital after suffering discomfort in his chest.

His manager Suriyanarayanan had clarified that the actor had not suffered a heart attack as was being reported in a section of the media.

Taking to Twitter, Suryanarayanan wrote, "Dear fans and well-wishers, Chiyaan Vikram had mild chest discomfort and is being treated for the same. He DID NOT have a heart attack as reports falsely claim. We are pained to hear rumours to this effect. That being said, we request you to give him and the family the privacy they need at this time.

"Our dear Chiyaan is fine now. He is likely to be discharged from hospital in a day. We hope this statement provides clarity and trust that the false rumours will be put to rest."

Appa didn't have a heart attack, we are pained to hear such rumours: Dhruv Vikram

Vikram's 'Mahaan' to release on Prime Video in Feb