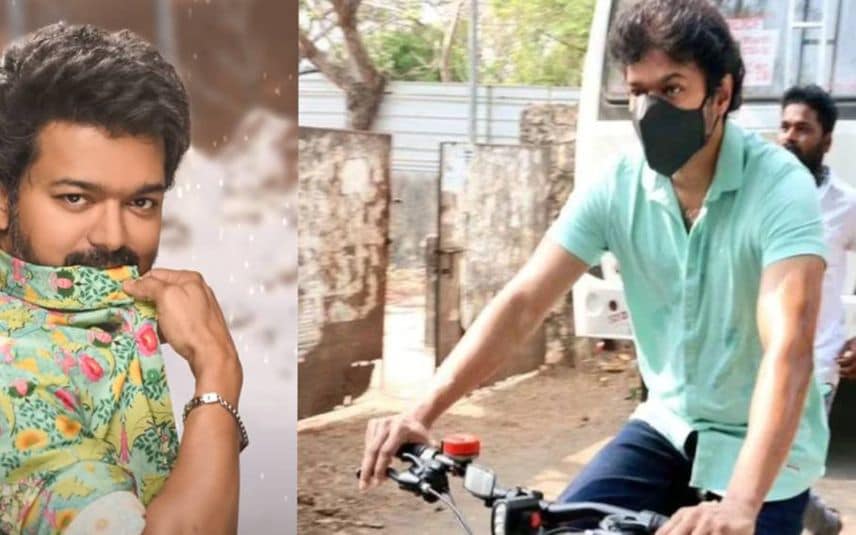 Hyderabad: Actor Vijay, who is called 'Thalapathy' in Tamil Nadu, finally appeared in front of a TV channel for an interview, ahead of the release of his film 'Beast'.

The 'Theri' actor had an elaborate interaction, as he spoke of an unexpected incident in his life.

Previously, during the Tamil Nadu elections in 2021, the 'Master' star made headlines by cycling from his home to the polling station, attracting a large crowd of bikers on the road who kept up with him.

Recalling the incident, Vijay said, "The booth is really close to my house. As I came out to start off, my son told me to take his bicycle, as I was wondering how to park my car at the polling booth."

Vijay further explained, "I just went with the idea, only to realise that I was followed by many, and many news channels even aired it live. I didn't expect such a huge reaction. Seeing it, my son called and asked, 'Is my cycle good?' I just laughed off."

Vijay, however, had refrained from media interviews and appearing for movie promotions on media channels for a long time now.

Quoting the reason behind his decision not to appear before the media, Vijay stated that he was once misquoted by a newspaper, and hence forbid himself from attending movie-related interviews.

Vijay's 'Beast' is all set for theatrical release on April 13, in which he is paired with Pooja Hegde.