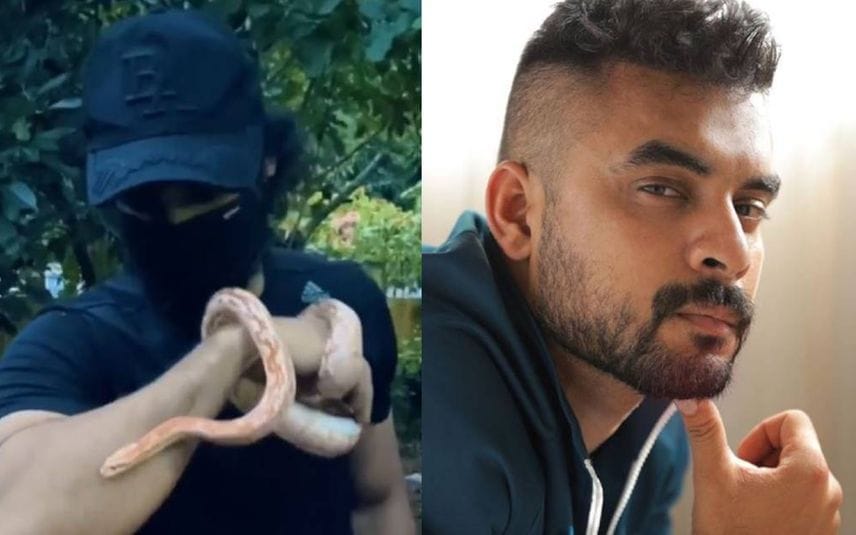 Mollywood star Tovino Thomas surprised his Instagram followers by introducing his new friend through a video. The video featured him playing with a snake on his hands. He was seen fearless when the snake was moving around his arm.

Celebrities including Saiju Kurup, Neha Iyer and others reacted to the post with shocking expressions. The video recorded 734 K views within a day.

Tovino is fond of animals. He used to share pics of his pet dogs Loki and Pablo on his Instagram page.

On the work front, Tovino was last seen in the crime thriller ‘Forensic’. His upcoming movies are ‘Kilometres and Kilometers’ , ‘Minnal Murali’ and ‘Kala’.