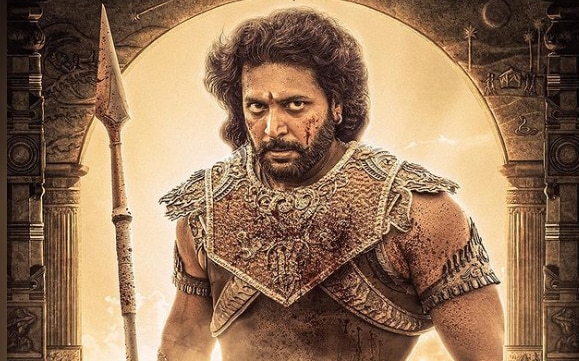 Chennai: More than his monumental achievements and the Brihadishwara temple in Tamil Nadu's Thanjavur that he constructed which still draws lakhs of devotees annually, the mighty Chola emperor Raja Raja's religious identity suddenly appears to be in question.

Raja Raja I had built the Brihadishwara or the Big Temple between 1003 and 1010 AD and he was the inspiring force behind the expansion of his kingdom by land and sea.

The life and living conditions of the Cholas had always fascinated the people here and Kalki Krishnamurthy's Ponniyin Selvan (Ponni's son) in Tamil depicting the story of Arulmozhivarman, later known as Raja Raja Cholan, continues to hold sway in people's mind.

Apparently shocked at an attempt to portray the king as non-Hindu, Telangana and Puducherry Governor Tamilisai Soundararajan, who hails from Tamil Nadu, remarked that there was an attempt to hide the Hindu cultural identity in TN and called for efforts to resist it.

"He was responsible for building the Brihadishwarar temple. Has Raja Raja Cholan built churches or mosques to say he was not a Hindu?" he asked.

The National Award-winning director Vetrimaaran said at an event that there were persistent efforts to saffronise Tamil savant Thiruvalluvar and Raja Raja Cholan.

Haasan, the latest to take sides in the controversy, said there was no term as Hindu religion during this Chola king's reign. "There were Vaishnavism, Shaivism and Samanam. The Britishers coined the term Hindu," the veteran actor who watched Ponniyin Selvan along with the cast and crew, claimed.

"Raja Raja Cholan was more cosmopolitan in outlook and secular too. He had raised temples for Lord Shiva, Ganesh and Vishnu during his reign and liberally granted funds, to those who sought for the construction of Jain or Buddhist temples," P Venkatesan, former director of Epigraphy, Archaeological Survey of India (ASI), said.

Both Shaivism and Vaishnavism are considered branches of Hinduism. In fact, this king had named a gopuram in the Big Temple as 'Dakshina Meru'. "Raja Raja Cholan had built temples in Sri Lanka and in many Asian countries. A copper plate inscription says that he was an incarnation of Vishnu," Venkatesan told PTI on Friday.

He was an admirable king who did not oppose any religion and treated his subjects as equals, he said and added that several inscriptions show his grants or charity.