The show must go on: Bollywood's creative minds make most of coronavirus shutdown

With major Bollywood releases postponed and shootings on halt due to the COVID-19 outbreak, production houses and studios have instructed their employees to work from home, while writers, filmmakers and musicians are using this quiet time to come up with new material. 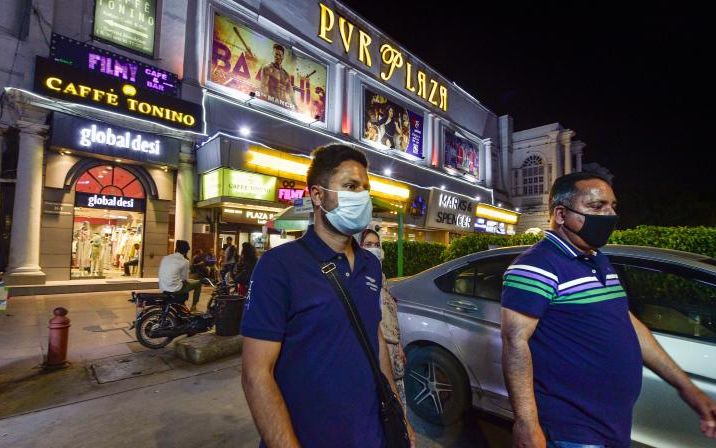 Mumbai: The creative community of writers, filmmakers and musicians says they are hoping to use this time of self-isolation during coronavirus pandemic to come up with new material or finally focus on that "one dream project".

With major Bollywood releases postponed and shootings on halt due to the COVID-19 outbreak, production houses and studios have instructed their employees to work from home, while writers, filmmakers and musicians are using this quiet time to come up with new material.

“For ‘83’ (whose release was postponed recently) post-production work is in progress. In fact, the post work is happening on individual level for ‘The Girl On the Train’. It may not be at the same pace and volume but in a manner the work is continuing,” a top Reliance Entertainment official told PTI.

"Writing and development activity for newer subjects is happening,” the official added.

Similarly, Abundantia Entertainment’s “Shakuntala Devi”, featuring Vidya Balan, is scheduled to be released theatrically on May 8. The shoot was underway for two other movies Bhumi Pednekar-starrer “Durgavati” and “Sherni”.

“We are all trying to do as much work as we can from home. All the necessary work (post) for ‘Shakuntala Devi’ is happening, from everyone’s homes. Everybody is working on individual level,” the source added.

The studio has suspended production and post-production work till March 31.

Director Anees Bazmee, who is currently at his farmhouse in Lonavala, is spending time with his family while supervising the work on Kartik Aaryan’s “Bhool Bhulaiyaa 2”.

“We are working on a few things on ‘Bhool Bhulaiyaa 2’, in terms of what to do next, like fine-tuning on writing level and where to shoot next. The work for a writer is always on at every level be it script, dialogues or screenplay,” Bazmee said.

Writer-director Sabbir Khan, who is awaiting the release of “Nikamma” on June 5, said there is a sense of completion as most of the shoot on the film was already over by the time the lockdown was announced.

“I have been lucky as our shoot is complete. There is just one song left, which can be inserted later. It is a special promotional track. The post production is also almost done,” he added.

Sabbir said he is utilising this isolation period by putting his creative energies into one of his dream projects.

“There was an idea on which I wanted to work for a very long time, I am utilising this time to work on the script,” Sabbir, who has directed “Heropanti” and “Baaghi”, said.

“Thappad” co-writer Mrunmayee Lagoo is busy developing stories for both films and OTT. “This kind of culture is something writers are used to, we always work from home. The only difference is you can’t have casual chat or meeting in person with anyone. I am working on a few ideas, one with Anubhav Sinha sir again. I am also developing story for a big streaming company which is easy breezy but meaningful,” Mrunmayee said.

Not just writers, musicians too are looking at creating new music and technology is there for help, to some extent. “Shekhar (Ravjiani) and I are into a songwriting stage for a project right now, we are working on it from home. We send songs to each other. We are working on the entire project, which is big and special,” noted music composer Vishal Dadlani said.

Another music composer duo Salim-Sulaiman are working on new melodies.

“Right now, we are composing songs, writing melodies. We have a very good system on the Internet where I can work with my engineer, Aftab, who works with us. He sends us stuff from his home studio, then both Sulaiman and I approve it. All our recording stuff is happening virtually, on the Internet. We are using technology to stay in touch with the world,” Salim said.

The musicians are also putting together their new album called ‘Bhoomi 2020’, which will be released this year. “We will announce it as soon as possible. The album has seven songs featuring Arijit Singh, Shreya Ghoshal, Sukhwinder Singh, Jonita Gandhi, Salman Ali and a lot of others.” The duo added that work on the theatrical production of 1980s classic film “Disco Dancer” is on as well.

“We are bringing it live on stage. It is going to be live theatrical musical production we are doing it with SaReGaMa,” Salim said.