His remarks came soon after Rishi Kapoor breathed his last on Thursday morning. The 67-year-old actor has been admitted to Sir HN Reliance Foundation Hospital in Mumbai. 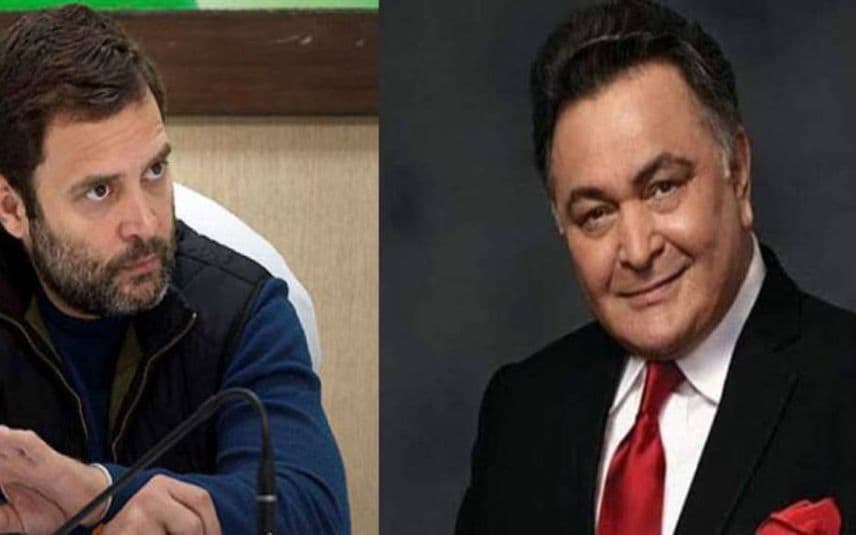 New Delhi: Former Congress President Rahul Gandhi on Thursday condoled the death of veteran actor Rishi Kapoor and said that it has been a terrible week for the Indian cinema and the "Bobby" actor will be greatly missed.

"This is a terrible week for Indian cinema, with the passing of another legend, actor Rishi Kapoor. A wonderful actor, with a huge fan following across generations, he will be greatly missed. My condolences to his family, friends and fans all over the world, at this time of grief," Rahul Gandhi tweeted.

His remarks came soon after Rishi Kapoor breathed his last on Thursday morning. The 67-year-old actor has been admitted to Sir HN Reliance Foundation Hospital in Mumbai.

In 2018, Rishi Kapoor was diagnosed with cancer for the first time, following which the actor was in New York for nearly a year to undergo treatment. He returned to India in September 2019 after recovering.

Post return to India, Kapoor's health has frequently been in focus. The actor was admitted to hospital in quick succession in February. Amid speculations about his health, he had been hospitalised in New Delhi in early February, while on a visit to New Delhi.