Titled "Looop Lapeta", the film is billed as new age thriller comedy and will be directed by Aakash Bhatia. It is slated for a January 29, 2021 release. 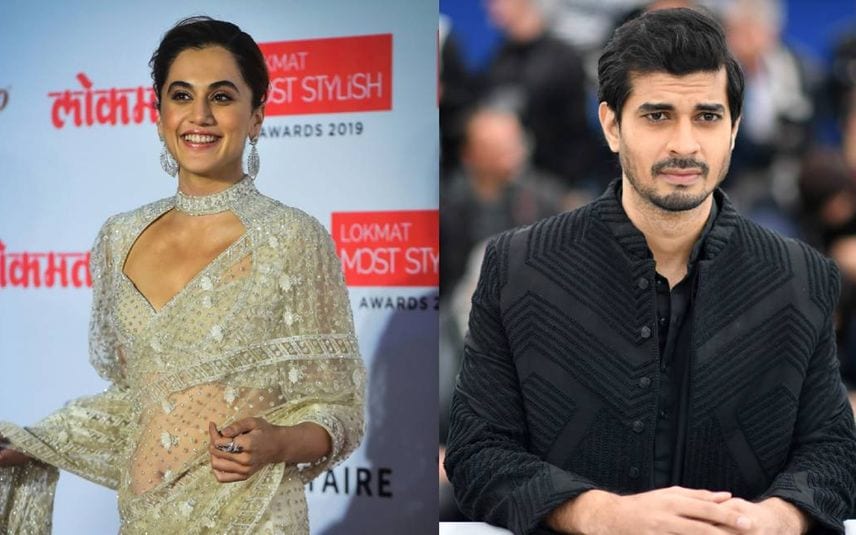 Titled "Looop Lapeta", the film is billed as new age thriller comedy and will be directed by Aakash Bhatia. It is slated for a January 29, 2021 release.

The 1998 German original, starring Franka Potente and Moritz Bleibtreu, follows a woman who needs to arrange 100,000 Deutsche Mark in 20 minutes to save her boyfriend.

"Right, so here's yet another announcement from my stable. I'm on a roll. Or shall I say in a loop? Stoked to announce Sony Picture India and Ellipsis Entertainment's crazy thriller-comedy, 'LOOOP LAPETA', an adaptation of the cult classic 'Run Lola Run'.

"Looking forward to the roller-coaster with my director Aakash Bhatia, my co-star, Tahir Raj Bhasin and the amazing folks at Ellipsis Entertainment (Tanuj, Atul) and Sony," wrote Taapsee.

Tahir said he had watched "Run Lola Run" as a child and it was an unbelievable feeling to star in the film's Hindi take.

"Stoked to announce our thriller-comedy "LOOOP LAPETA", which will keep you spinning in loops, quite literally! Can't wait to board the roller-coaster with my director Aakash Bhatia, my co-star, the beyond incredible Taapsee, and the amazing folks at Ellipsis Entertainment and Sony Pictures India," he wrote.

"Looop Lapeta" is a Sony Pictures Films India and Ellipsis Entertainment production. While Taapsee will next be seen in "Thappad", Tahir's upcoming release is "'83".