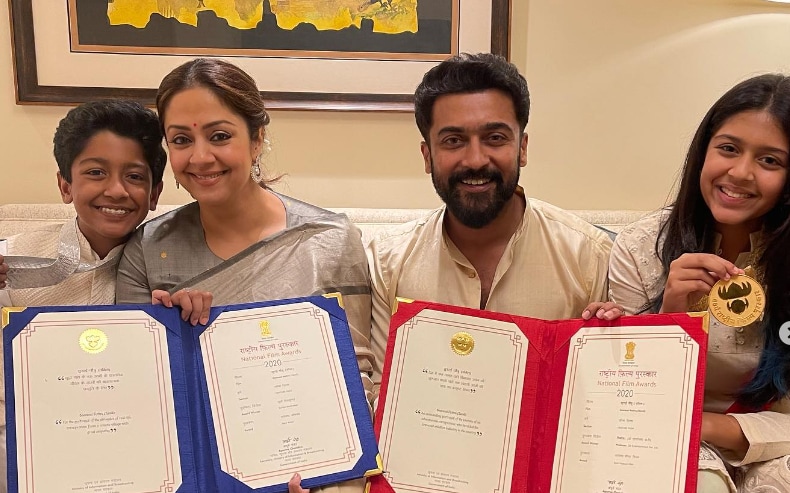 Jyotika took to her Instagram page and shared some photos. In the pics, the couple was seen proudly attending the awards ceremony. In another pic, they were all smiles while posing for a photo with their two kids and the awards.