Suresh Gopi, son to act together in Joshiy's 'Paappan' 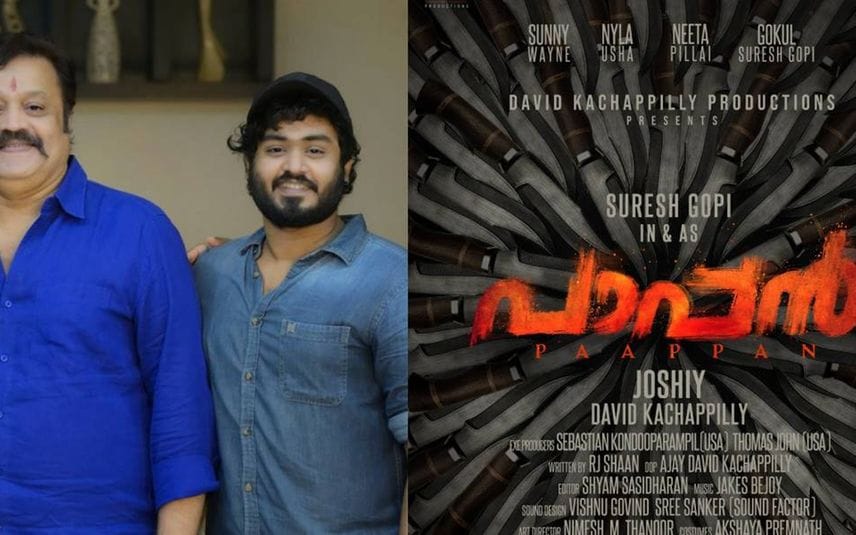 A new film starring superstar Suresh Gopi has been announced. The movie titled ‘Paappan’ is the latest directorial venture of Joshiy after ‘Porinchu Mariam Jose’.

‘Paappan’ will be the 252nd movie in Suresh Gopi’s career. The fans are excited as the Suresh Gopi – Joshiy team that created many superhit movies like ‘Lelam’, ‘Vazhunnor’ and ‘Pathram’ is coming up with a new movie.

As per reports, Suresh Gopi is playing the role of a police officer in the crime thriller. Sunny Wayne, Neeta Pillai, Nyla Usha, Asha Sarath, Kaniha, Chandunath, Vijayaraghavan, Tini Tom, Shammi Thilakan and other actors also are part of the movie.

‘Paappan’ is produced by David Kachappilly under the banner of David Kachappilly Productions. Story, screenplay and dialogues are written by R J Shaan. Cinematography is handled by Ajay and Jakes Bejoy is the music composer.

'Saif says he already contributed too much to the population'; Kareena ...