Suhana Khan and Khushi Kapoor, daughters of superstar Shah Rukh Khan and late Bollywood actor Sridevi, and Agastya Nanda, the grandson of megastar Amitabh Bachchan, are among the seven actors who will feature in the live-action musical film. 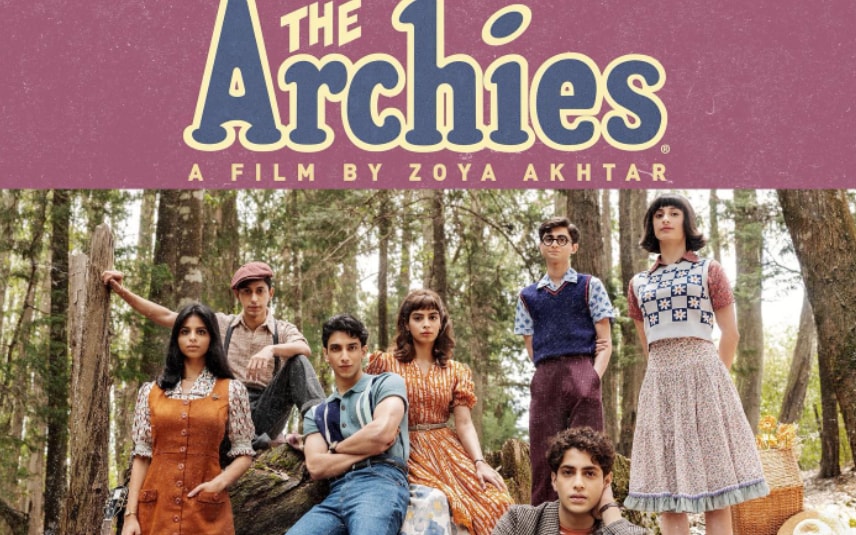 Suhana Khan and Khushi Kapoor, daughters of superstar Shah Rukh Khan and late Bollywood actor Sridevi, and Agastya Nanda, the grandson of megastar Amitabh Bachchan, are among the seven actors who will feature in the live-action musical film.

Akhtar took to Instagram and shared a teaser video, unveiling the cast of the film, set in the 1960s.

"Ain't nothing like old school. Grab your gang 'cause the Archies are coming soon on @netflix_in!" she wrote in the caption.

The filmmaker also unveiled the official poster of the film in another post, writing, "Get ready to take a trip down memory lane 'cause The Archies is coming soon only on @netflix_in"

Netflix has partnered with Archie Comics for the project, which Akhtar and her longtime collaborator Reema Kagti are also producing under their banner Tiger Baby.

"The Archies" will be released on Netflix in 2023.

Amitabh Bachchan, the father of Agastya Nanda's mother Shweta Bachchan-Nanda, tweeted, "Another SONrise .. my GrandSON .. all the blessings Agastya .. love you."

Suhana Khan's mother Gauri Khan shared the film's teaser on Instagram and gave a shout out to all the seven actors.

"Congratulations… all the best to all the amazing kids and team of #TheArchies . And who better than @zoieakhtar to guide them through this journey!! You did it @suhanakhan2"

Janhvi praised the newcomers for working tirelessly for months to create "this world, find these characters start living this journey".

"And my sister!!! @khushi05k I can't wait for the world to see how beautiful you are inside and out. Can't wait to see you shine," she wrote.

Their father, producer father Boney Kapoor posted, "Great bunch of youthful actors, sky is the limit for all of you working on this iconic venture, you cud not have asked for a better start to your careers, Zoya & her team are a dream to work , they settle for nothing less than perfect".

Director Devi Nair (R) and her mother actress Jalaja arrive for the screening of the film 'Brother And Sister (Frere Et Soeur)' during the 75th edition ..

Wearing beautiful gowns, celebrities dazzled on the red carpet at Cannes Film Festival in France. The film festival marked the celebration of fashion as ..

Fashion designer Gaurav Gupta says he wanted to create a special moment for actor Aishwarya Rai Bachchan's 20th year at the Cannes Film Festival and that ..