Story of Subaida turns into movie, Mom of 3 adopts 3 children 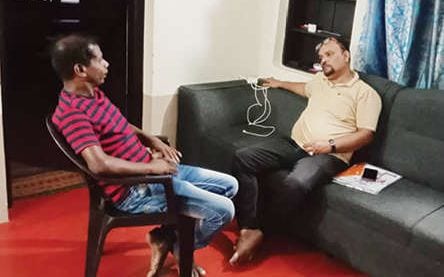 Kalikavu: Three children who were left alone following the death of their parents were taken care of by Subaida and brought up as her own children. Sreedharan, the youngest among the children, was only one-year-old when Subaida took him and his two sisters to her house at Adakkakundu in Malappuram. Subaida sent the kids to school along with her three children and she was not concerned about their religion. Hence, she never tried to convert Sreedharan and his sisters to Islam. Later, she married off the sisters and sent Sreedharan abroad for a job.

Subaida died a few days back due to kidney failure. She was adamant not to reveal anything about her health to Sreedharan as she felt he may return leaving the job. Hence, he could not see her for the last time.

Sreedharan’s heart-touching note that he posted on social media following the death of Subaida revealed this unique relationship between them that remains way beyond religious constraints. After hearing this story, director Siddique Paravoor decided to direct a movie depicting the selfless life of Subaida.

Richa, Ali to have an environmentally conscious and sustainable wedding

Vikram cherishes a lodge in TVM and has taken his family there; Find out ...