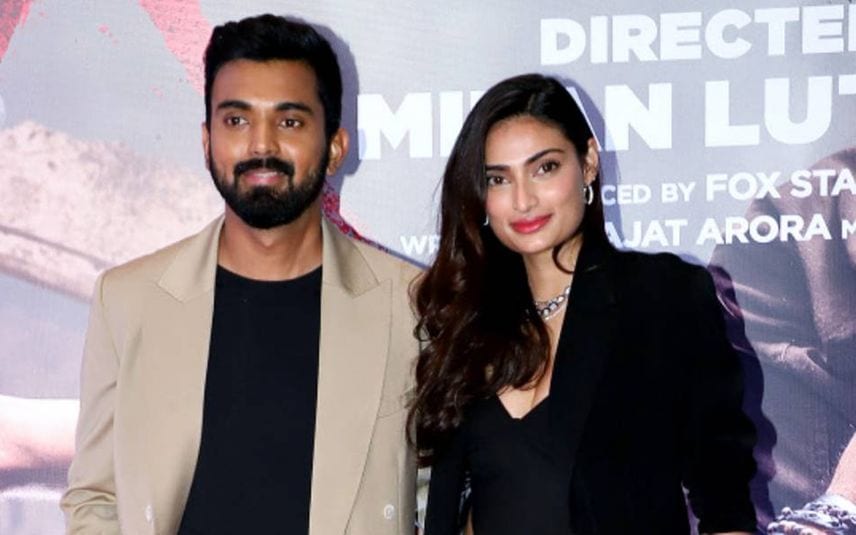 Bollywood actor Athiya Shetty and cricketer KL Rahul are all set to tie the knot on Monday in an intimate affair at Khandala, Maharashtra. Wedding preparations have reportedly begun at the Shetty household!

On Friday evening, Suniel Shetty's Khandala household was all lit up and many guests were spotted wearing traditional clothes and dancing, celebrating the couple.

However, neither Rahul, nor Athiya has announced the news of their wedding officially. Yet, earlier in the day, Suniel Shetty interacted with the paparazzi stationed outside his farmhouse and made a promise to them.

As the paparazzi congratulated the 'Dhadkan' actor, he promised that he would get his kids - Athiya and Rahul, along with the entire family for the official pictures. This has been the first official confirmation from the family.

Rahul and Athiya have been dating for a while now. The ‘Hero’ actor was also seen with the cricketer on a few tours of Team India.

Athiya is the daughter of Bollywood actor Suniel Shetty. The couple made their relationship official in 2022 as the cricketer wished his ladylove on her birthday with a cute post on social media.