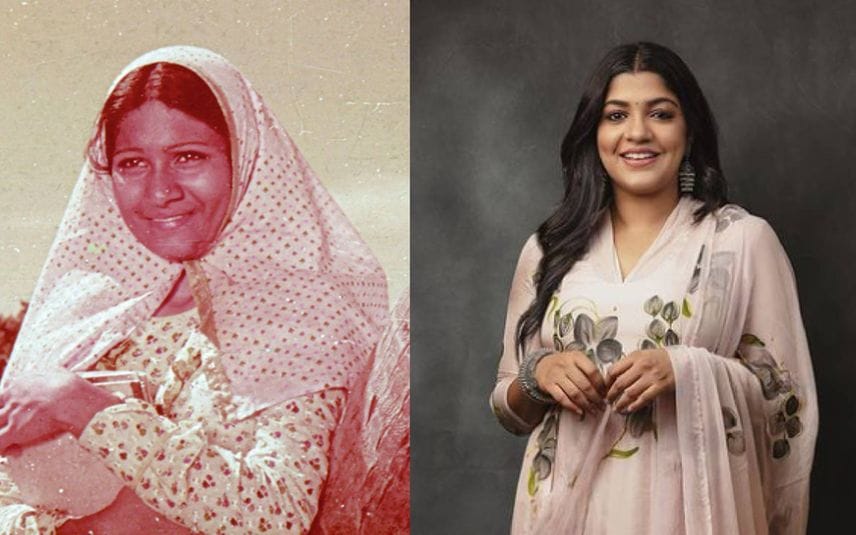 The 68th National Film Award brought all eyes of Indian film industries to South India, especially Malayalam and Tamil. Among the numerous awards Mollywood gained this time, the award received by Aparna Balamurali outshines as she bagged the Best Actress award for her performance in a Tamil film, ‘Soorarai Pottru’.

Here are the other Malayalam actresses who received National awards for their performance in other languages.

Two-times National award-winning actor Shobana has worked in Malayalam, Tamil, Telugu, Kannada, Hindi and English language movies. After winning the award for her astounding performance in ‘Manichitrathazhu’ in 1993, she bagged the national award once again for the movie ‘Mitr, My Friend’, which was the directorial venture of Revathi in English. In the movie, Shobana adeptly depicted the traumas of the protagonist who was relocated from a small town in India to USA who had to sacrifice her gaiety for the welfare of her nuclear family.

In the 49th National Film Awards, ‘Mitr, My Friend’ secured awards for best English film of the year and best editor, along with the award for best actress.

The young actor Keerthy Suresh, who has earned a huge fan base, won the National film award for Best Actress after playing the lead role in a Telugu movie ‘Mahanati’. The movie was a biographical drama based on the life of the legendary South Indian actress Savitri. Director Nag Ashwin’s poised movie had an array of many other prominent actors, including Dulquer Salman, Samantha Akkineni and Vijay Devarakonda enacting the major roles.

Keerthy Suresh, daughter of producer Suresh Kumar and Tamil-born Malayalam star Menaka had begun her career as a child actress and played the first lead role in a Malayalam movie ‘Geethanjali’. Other than Malayalam, various superhit movies from the major South Indian languages came in search of her later.

Mahalakshmi Menon, fondly known by her stage name Shoba, was an extraordinary actress who had gone too soon. Shoba was just 17 years, when she won the National award for the Tamil movie ‘Pasi’ in 1979. Born to Malayali parents settled in Madras, she entered into the film industry as a child artist in 1966, at the age of 4.

Within a very short span of acting career, she received Kerala state award for Best Child Artiste, Best Actress and Best Supporting Actress. The Malayalam movie ‘Lekhayude Maranam Oru Flashback’ is presumably based on Shoba’s life and death, which was a suicide.