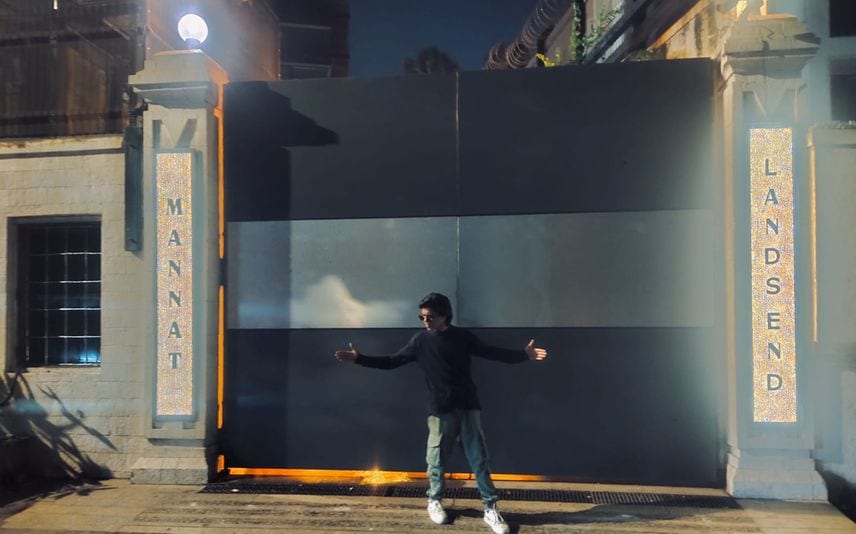 Mumbai: Bollywood actor Shah Rukh Khan's bungalow recently got its new diamond-studded nameplate and a new entrance door which led the fans to click pictures outside the 'Don' actor's house.

Previously, it was a blackboard with Mannat Landsend embossed on it.

The 'Chak De India' actor's bungalow is indeed one of the most famous places in Mumbai and his fans routinely visit his house to get clicked, and the actor also greets his fans on different occasions from a platform above it.

Talking about his work front, Shah Rukh Khan will be next seen in director Siddharth Anand's next action thriller film 'Pathaan' alongside Deepika Padukone and John Abraham.

Recently, on the occasion of Shah Rukh Khan's birthday, the makers of the film unveiled the official teaser which got massive responses from the audience.

Apart from that, he also has director Rajkumar Hirani's next 'Dunki' alongside Taapsee Pannu and south director Atlee's next action thriller 'Jawan' which is all set to hit the theatres on June 2, 2023. (ANI)

On SRK's birthday, 'Pathaan' teaser promises the return of Badshaah with a bang