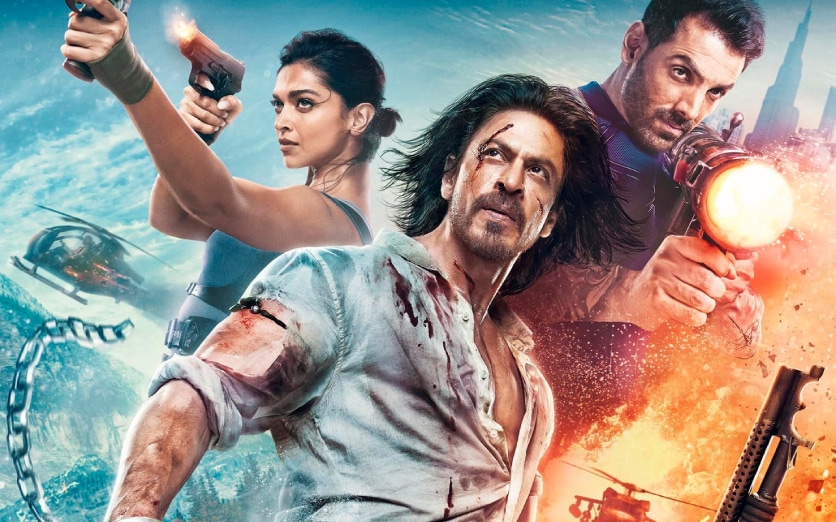 After a long wait, Shah Rukh Khan-starrer ‘Pathaan’ has hit the theatres. Fans have been eagerly waiting for the film’s release as it brings the Bollywood star back on screens after a hiatus of four years.

However, as per latest reports a full HD version of the film was leaked online way before its release. The makers of the movie have come to the fore urging viewers to watch the movie in theatres.

Taking to Twitter, Yash Raj Films urged the audience to report any kind of piracy to them immediately.

“#Pathaan is here with a very important message for all of you. Enjoy the BIGGEST action spectacle only on a big screen near you and avoid giving out any spoilers of the film. Report any kind of piracy to us on reportpiracy@yashrajfilms.com,” read the tweet.

Deepika, on the other hand, will be next seen in 'The Intern', in a Pan India film 'Project K' alongside actor Prabhas and in director Siddharth Anand's 'Fighter' opposite Hrithik Roshan.

"Why didn't you come out?"; SRK gives hilarious reply to fan waiting outside Mannat

When RRR brings Oscar to India, please let me touch it: SRK after Ram Charan's shoutout to 'Pathaan'