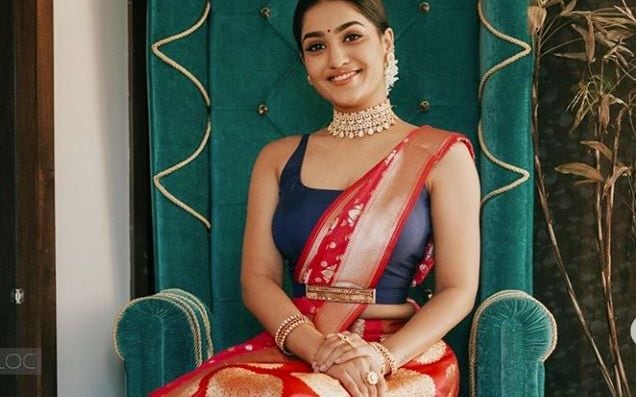 Mollywood young star Saniya Iyappan had faced a lot of criticism over her western outfits while making public appearances. Now, the actress has surprised everyone by wearing a beautiful ethnic outfit in red brocade silk. Her Instagram followers including celebrities praised her look.

Saniya looked stunning in the festive wear designed by Poornima Indrajith’s fashion brand Pranaah. She was seen in lehenga and dupatta in red brocade silk which she paired with a blue sleeveless blouse.

According to her Instagram stories, she carried the look to receive the youth icon award at Ramu Kariat Award 2020 function held in Thrissur.

Her pics in the royal look have gone viral on social media.

On the work front, Saniya was last seen in Prithviraj directorial ‘Lucifer’. According to reports, she will be seen in Mammootty starrer ‘The Priest’.