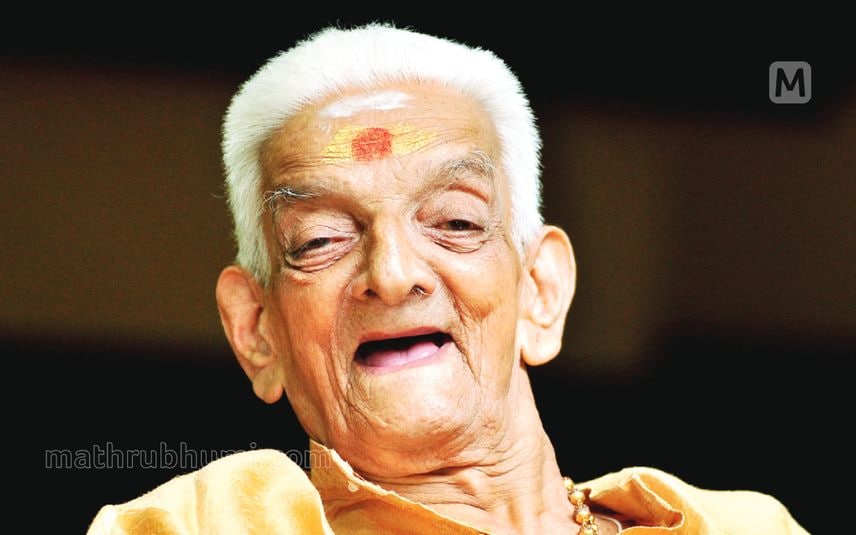 The actor, who unexpectedly entered the film industry at the age of 75, passed away on January 20, 2021. He was active in films till the age of 98, playing grandpa roles.

“His acting was like intervening in life with an open mind,” said the late actor’s son-in-law Kaithpram Damodaran Namboothiri.

Unnikrishnan Namboothiri, who had kept AKG in hiding, also had close relations with several communist leaders, including Pinarayi Vijayan.

While in Payyannur, filmmaker Adoor Gopalakrishnan once told Unnikrishnan that he is a perfect actor, recalled Kaithpram.

“Those who watched movies like ‘Desadanam’, ‘Rappakal’, ‘Oral Mathram’, ‘Kalyanaraman’ will never forget him,” he added.

Unnikrishnan Namboothiri, who hails from Korom Pullery Vadyarillam in Payyanur, made his film debut with ‘Desadanam’ in 1996 when he was a septuagenarian.

He played an important role in the film which won the National award for best Regional film the following year.