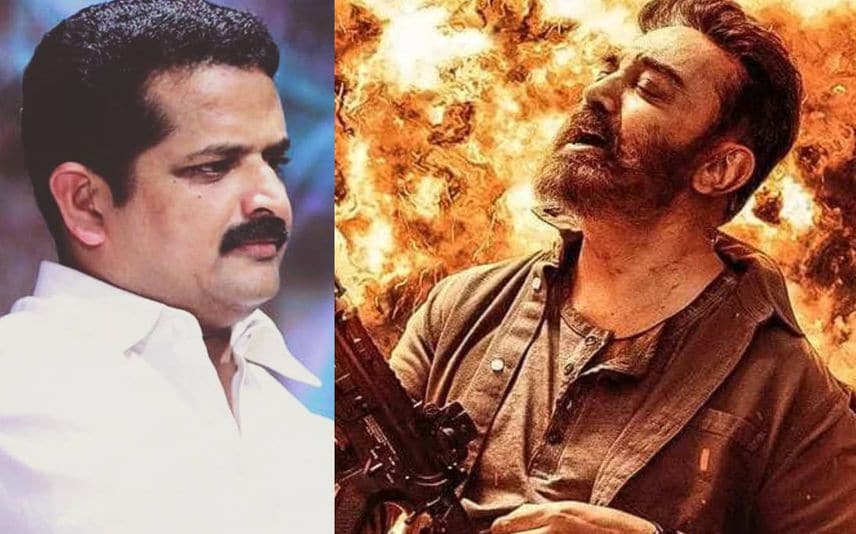 Kollywood star Kamal Haasan’s latest film ‘Vikram’ is successfully running in theatres across the world. As 'Vikram' continues to win hearts, Kamal Haasan took to his Twitter page and shared a video expressing gratitude to the Malayali audience. Kamal Haasan fans are on cloud nine after watching the star speaking in Malayalam in the video.

Interestingly, Malayalam film producer Anto Joseph showered praises on the actor for his humble act and pointed out that ‘Vikram’ marks the re-emergence of Kamal era.

“The video shared by Sri Kamal Haasan on Twitter fills every Malayali heart with deserved pride. When he says “Malayalis wholeheartedly accept good cinema with no heed to barriers of language” it makes one want to applaud and whistle as we have done so often in the magical atmosphere of a movie theatre! In reality we should be thanking Kamal Sir. “Vikram” marks the re-emergence of the scintillating days of the true-blue Kamal Era,” wrote Anto Joseph on his Facebook page as sharing Kamal Haasan’s video.

“The “Nayakan” stakes his claim to the Universe - “Ulakam” - yet again! For once again casting your spell on us, mesmerizing us, truly crafting a memorable experience for us - we thank you from the bottom of our hearts! Our happiness spills over to note the array of Malayali stars adding lustre to his shine - Fahadh Faasil, Chemban Vinod Jose, Narain, Kalidas Jayaram, Girish Gangadharan. As these bright sparks of the Malayalam industry add their might to the huge success Vikram has garnered, the barriers of language crumble and the art form called Cinema rises tall and proud above all divisions,” he writes.

“Lokesh Kanagaraj, who earlier enthralled us with “Kaithi “, “Master” and “Managaram” entices us again with his mastery in Vikram. A big salute to this directorial genius from across the border,” penned the producer.

Vijay Sethupathi, familiar to us all with his inimitable acting style leaves a deep imprint with his presence. As Kamal Sir said, the 3-minute appearance in the end by Suriya Sivakumar that set the theatres into a frenzy, leaves us waiting for more with bated breath! The excitement raised by Kamal Sir’s words that “we will be together throughout in our next movie” is beyond containing! May there be more wonderful movies and stupendous successes born of such partnerships...once again our best wishes to Kamal Sir and the entire cast and crew of Vikram, he added.