The pics featured the streets of Benidorm, a town in Spain and Placa del Castell, a popular tourist spot in Spain. 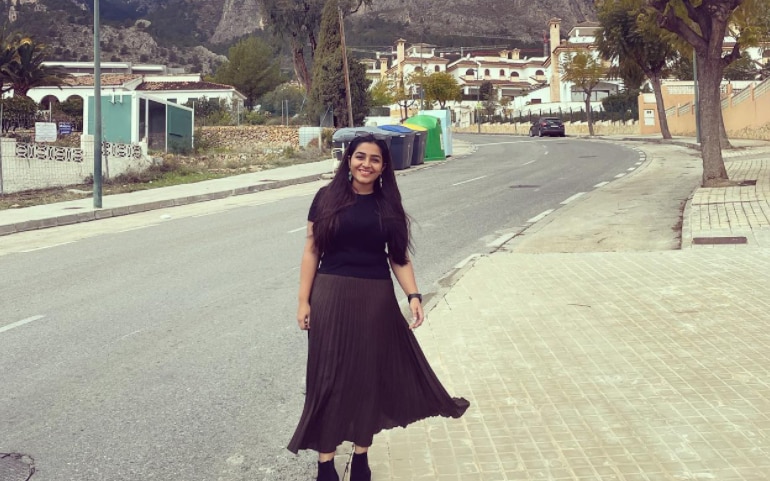 Mollywood actress Rajisha Vijayan who is known for super hit movies like ‘June’ and ‘Jai Bhim’ is currently holidaying in Spain. The actress took to her Instagram page and shared some beautiful pics from her trip.

“In love with this country 🇪🇸,” Rajisha wrote as sharing a pic from her foreign trip.

The pics featured the streets of Benidorm, a town in Spain and Placa del Castell, a popular tourist spot in Spain.

“Witnessed something so magical at the golden hour,” Rajisha captioned a set of selfies clicked at Placa del Castell.

The state award-winning actress was last seen in the Malayalam movie ‘Freedom Fight’ which had a direct OTT release. Her upcoming movies include ‘Malayankunju’,’ Sardar’, ‘Keedam’ and ‘Pakalum Pathiravum’. She also made her Telugu debut with ‘Ramarao on Duty’.