Ashok Gehlot described Irrfan Khan as one of India's most versatile actors. 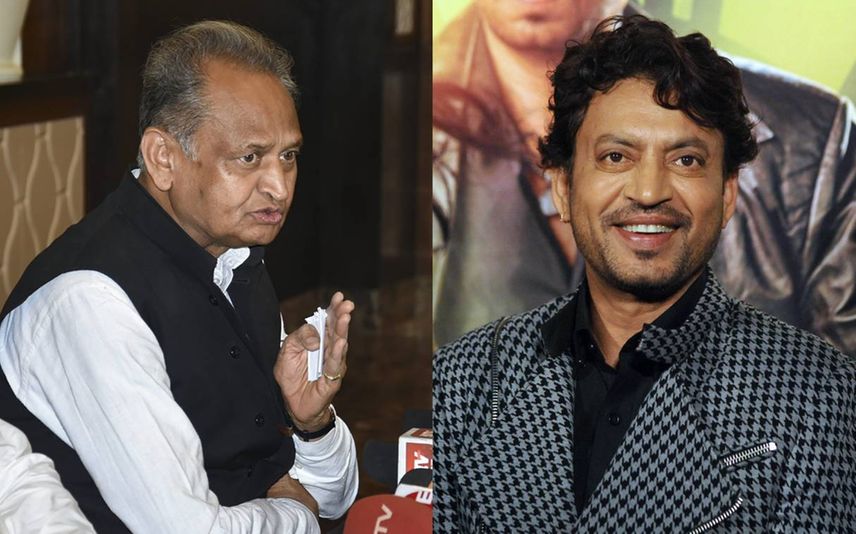 Jaipur: Rajasthan Chief Minister Ashok Gehlot on Wednesday condoled the death of actor Irrfan Khan, describing him as one of the country's most versatile actors.

The 54-year-old actor died in a Mumbai hospital on Wednesday, losing his battle with a rare form of cancer.

In a tweet, Gehlot said, “I am saddened and shocked to know about the untimely demise of one of our country's most versatile actors, Irrfan Khan. My heartfelt condolences to his family, friends and fans. May God give them strength".

“May his soul rest in peace,” he said.

The “Maqbool” actor, who was diagnosed with neuroendocrine tumour in 2018, lost his mother in Jaipur just four days ago. He was admitted to the intensive care unit of Mumbai's Kokilaben Dhirubhai Ambani Hospital with a colon infection.