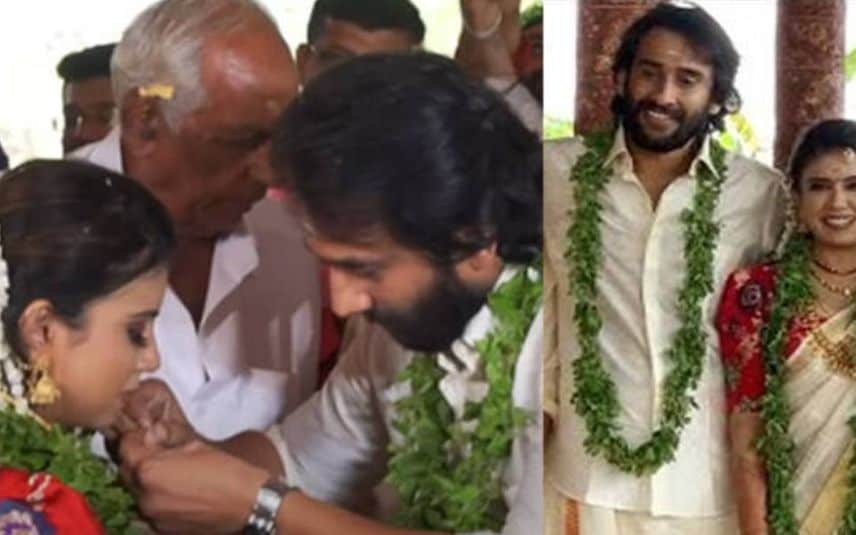 Palakkad: Young Malayalam actor Dhruvan has tied the knot with Anjali here on Monday.Only close relatives and friends were invited for the ceremony held at Palakkad.

Dhruvan is a native of Ottapalam, Palakkad. He made his acting debut with ‘Lisammayude Veedu’. Interestingly, he rose to fame for his role in the campus film 'Queen'.

‘Children’s park’, ‘Finals’ and Tamil film ‘Valimai’ are his other movies.

He played a cameo role in Mohanlal starring ‘Aarattu’. His upcoming movies are ‘Nancy Rani’ and ‘Janaganamana’.