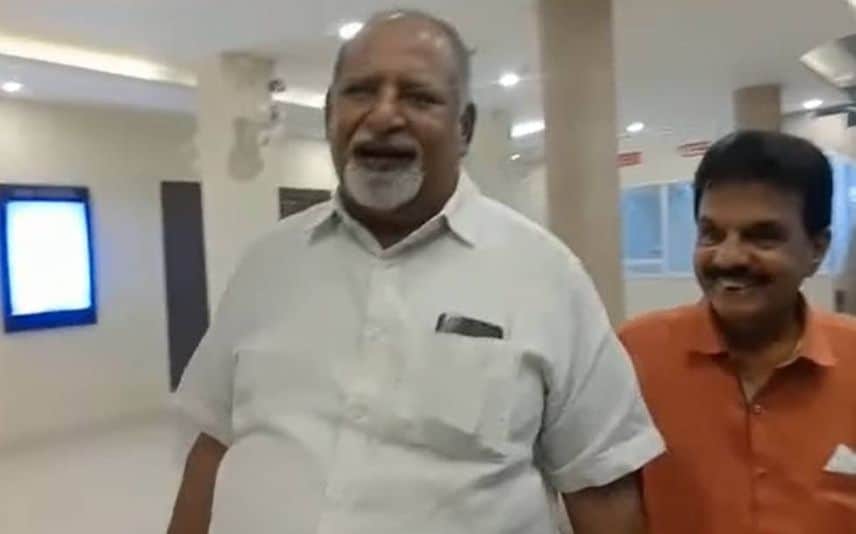 Jose Kuruvinakkunnel at the theatre to watch 'Kaduva'

The makers of 'Kaduva' starring Prithviraj ended up in trouble following the complaint filed by Kottayam native Jose Kuruvinakunnel after he alleged that the movie is based on his life. Several controversies followed and finally, the Censor Board asked the filmmakers to change the protagonist's name. 'Kaduva' directed by Shaji Kailas was released in the theatres on July 7. Putting an end to all the drama, Jose Kuruvinakunnel accompanied by his wife Mariamma watched the movie.

The couple arrived at Surya theatre in Erattupetta on Tuesday. Biju Pulickakandam shared the matter through a Facebook post.

Poffactio, Prithviraj Official Network shared the video of Jose Kuruvinakunnel arriving at the theatre to watch the movie. He can be heard saying that the movie is awesome and that it is the first time he’s watching a movie at the theatre.

Jose had moved High Court saying that the movie is defamatory to him and his family. Jose filed the petition as the CBFC did not take any action over his complaint.

The petitioner mentioned that he is known as ‘Kuruvinakunnel Kuruvachan’ and that in the movie, the hero is presented as ‘Kaduvakunnel Kuruvachan’. He said that a legal battle between him and an IPS officer had made the headlines a few years back.

In his plea, Jose had pointed out that the movie is an intrusion into his privacy.