Following in on the footsteps of his famous father, Puneeth had pledged to donate his eyes and his wish was honoured after his death. 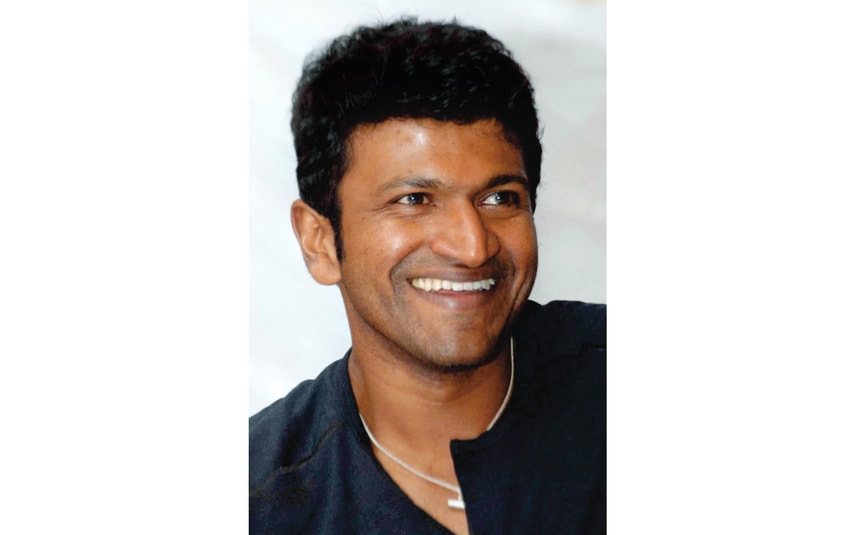 Bangalore: He was matinee icon Rajkumar's son, of course, but Puneeth Rajkumar was also the 'Powerstar' who moved out of his father's long shadows to glitter in the arclights as Kannada cinema's most bankable, highly paid actor.

Puneeth was only 46 when he died after a massive heart attack following a two-hour workout in the gym, stunning his legions of fans, colleagues and political leaders left wondering just how a young man so seemingly fit and healthy could have gone so soon, so suddenly.

The talented, affable actor, who leaves behind his wife and two daughters, was popularly known as 'Powerstar' for his strong performance in a number of commercially-successful Kannada films. He was not just a star of films such as “Appu” but also a celebrity television host and the occasional singer too.

The actor grew up under the tutelage of the late Dr Rajkumar, the legendary Kannada personality icon, beginning his career as a child artist.

Puneeth, the fifth and the youngest child of the superstar, made his mark early in life with an extraordinary performance in "Bhakta Prahalada" where he worked with his father. He was also praised for his performance in "Vasantha Geeta" and "Bhagyavantha".

But it was "Bettada Hoovu", where he played the role of a young boy Ramu who assists a researcher to find a rare flower, that won Puneeth a national award as the best child actor.

A fitness enthusiast, Puneeth was a good badminton player and was a regular at the gym.

On Friday also, he went to the gym, according to doctors. After completing two hours of work-out, he developed severe chest pain.

He was rushed to the hospital following the cardiac arrest but he could not be saved.

As a leading man, Puneeth made his entry into Kannada film industry with the 2002 feature "Appu", the movie that brought him enormous success and fan following, so much so that his followers started calling him Appu.

Puneeth hit a dry spell during the period 2006 -2009 but returned with a bang with back-to-back hits like "Prithvi", actioner "Jackie", "Hudugaru" and "Yaare Koogadali".

The biggest hit of career came in 2017 when Puneeth headlined "Raajakumara". The blockbuster film became the highest-grossing Kannada-language film of all time. But the record was next year broken by "KGF: Chapter 1". It also earned him a Filmfare Award for best actor - Kannada.

After having no releases in 2018, Puneeth returned with 2019's supernatural action film "Natasaarvabhowma" and had a cameo appearance in "Padde Huli".

He was set to start working with director Pawan Kumar for his next movie "Dvitva" from November 1.

Like his father, Puneeth was also known as a playback singer, starting with "Appu". He sang the popular duet "Jothe Jotheyali" for Vamshi.

Again following in on the footsteps of his famous father, Puneeth had pledged to donate his eyes and his wish was honoured after his death.

On the small screen, Puneeth hosted the first two seasons of "Kannadada Kotyadhipati", the Kannada version of Amitabh Bachchan's "Kaun Banega Crorepati". After sitting out for the third season, he returned to host it for the fourth season.

He also emceed Colors Kannada's reality show "Family Power". His sudden death has shaken the whole country to the core with personalities from different walks of life paying a tribute to him.

"A cruel twist of fate has snatched away from us a prolific and talented actor, Puneeth Rajkumar. This was no age to go. The coming generations will remember him fondly for his works and wonderful personality. Condolences to his family and admirers. Om Shanti."

"A huge personal loss and one that's difficult to come to terms with. Praying the almighty gives the Rajkumar family and fans the strength to bear this loss." he tweeted,” the chief minister said.

Bommai said the actor was supposed to meet him on Friday to plan Kannada Rajyotsava on November 1.

"But the destiny had something else in store. Instead of meeting me, he went somewhere else. This is extremely shocking," the CM told reporters.

Tamil Nadu Chief Minister MK Stalin also expressed shock at Puneeth's sudden death and remembered him as a "humble human being despite his stardom".

South star Mohanlal sent his condolences to his family.

"The loss of Puneeth Rajkumar has come as a terrible shock. I still find the news hard to believe. It feels as though I have lost a younger brother. My thoughts & prayers go out to his family with whom I share a close bond. I wish them strength & comfort to cope with this loss."

"Shocked and deeply saddened by the tragic news of Puneeth Rajkumar's demise. One of the most humble people I've met and interacted with...," he tweeted.