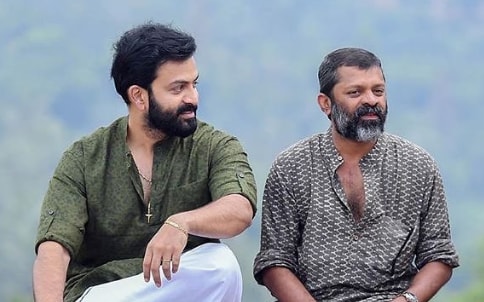 Malayalam actor and producer Prithviraj on Friday put out a heartfelt tweet, congratulating the entire stunt team of 'Ayyapanum Koshiyum', singer Nanjiamma, actor Biju Menon, and more importantly, the late director Sachidanandan, all of whom have won National Awards.

Taking to Twitter, Prithviraj congratulated 'Biju chettan', Nanjiamma, and the entire action team of 'Ayyappanum Koshiyum'. He then added: "And Sachy, I don't know what to say man ... Wherever you are ... I hope you're happy because I'm proud of you ... and will be forever!"

K.R. Sachidanandan, better known as Sachy, was the director of the critically acclaimed superhit Malayalam film 'Ayyappanum Koshiyum'. He passed away on June 18, 2020. Incidentally, actor Prithviraj was supposed to work with the eminent director again, but that was not to be.

'Ayyappanum Koshiyum', which had Prithviraj playing one of the two lead characters, did outstandingly well at the box office, setting cash registers ringing. The film was so impressive that remakes were in order.

Its Telugu remake was called 'Bheemla Nayak' and had Pawan Kalyan and Rana Daggubatti playing the leads. The film is being remade in Hindi as well.