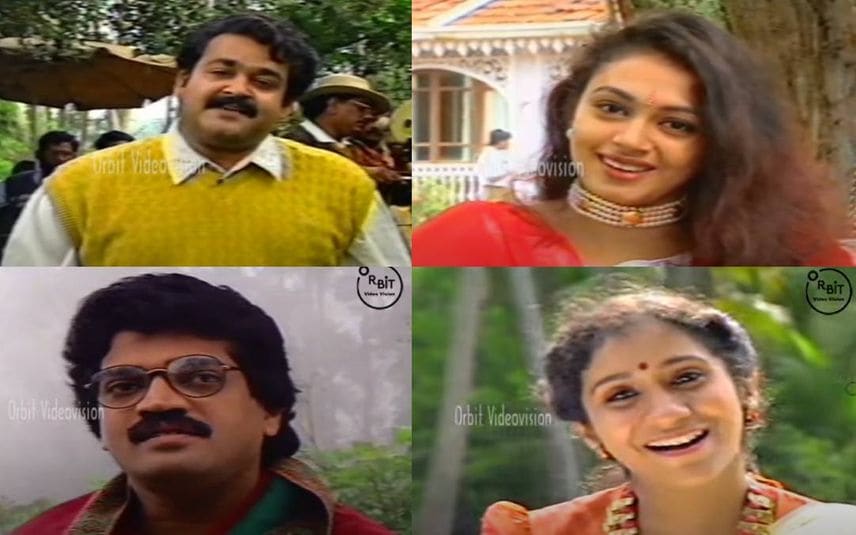 Screengrabs from the promo video

People are generally quick to accept anything and everything when it comes to celebrities, cinema and entertainment. Singer MG Sreekumar recently shared a video from a shooting location. The video is going viral and for all the right reasons.

It is a promo video for the music album ‘Thangathoni’ that was released 28 years back. The promo was shot on the sets of Mohanlal and Shobana-starrer ‘Minnaram’ directed by Priyadarshan. The video shows the stars of the movie sharing their Onam memories and also has parts of the actual song.

‘An Onam song’s promo that was shot several years back. How the time flies!” MG Sreekumar noted in a Facebook post.

The song was penned by Bichu Thirumala and Gireesh Puthenchery. MG Radhakrishnan and Kumar were the music directors. The song was sung by MG Sreekumar and Sujatha Mohan.