South Indian actress Usha Rani who impressed the audience as a supporting actress passed away in Chennai on Sunday. Mollywood fraternity took to social media to pay tribute to the late actress.

Actors Prithviraj, Jayasurya, Aju Varghese, Tovino Thomas and many others mourned the demise of Usha Rani through posts on social media pages. 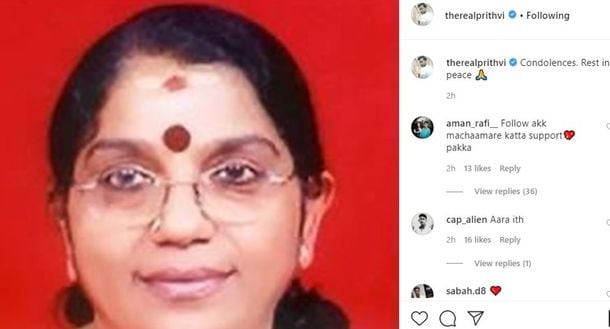 Jaysurya shared a throwback pic clicked when Usha Rani visited him at his residence in 2019. 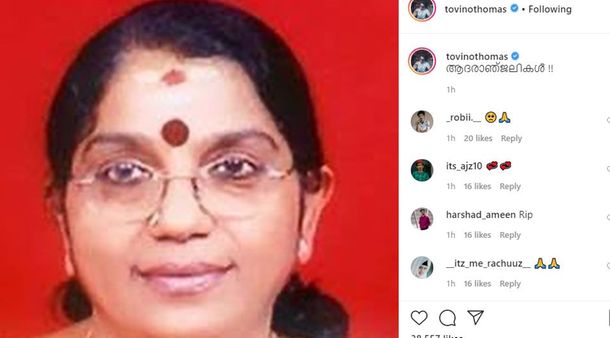 Usha Rani was undergoing treatment for kidney related ailments. She is the wife of late director N Sankaran Nair.

She acted in over 200 movies in Malayalam, Tamil, Telugu and Hindi languages. She also acted in television serials.

Funeral will be held in Chennai on Sunday evening.

Husband prayed from outside, says Manjari during first visit to Guruvayur ...