The photo was given with the caption ‘Our honeymoon or rather call it a school excursion’. 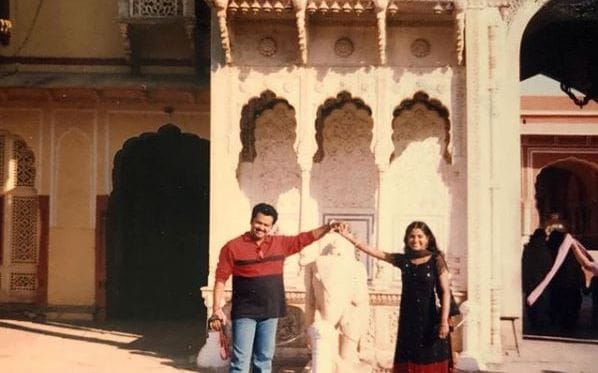 Poornima Indrajith has shared one of her photos with husband Indrajith Sukumaran, which was taken during their honeymoon. She took to Instagram to share the photo of their old Rajasthan trip.

The photo was given with the caption ‘Our honeymoon or rather call it a school excursion’. She wrote that they also have the pictures of them in Jantar Mantar and with Rose Garden in the backdrop and that she gets goosebumps while looking at them wearing the same coloured outfits.

On the work front, Indrajith Sukumaran will next be seen along with Dulquer Salman in the much anticipated biopic ‘Kurup’, which is directed by Srinath Rajendran. The release of the movie has been postponed due to the ongoing crisis. While the new release date yet to be announced, the second look poster of the movie was released the other on social media.

I find myself constantly thinking about music, says Anumita Nadesan