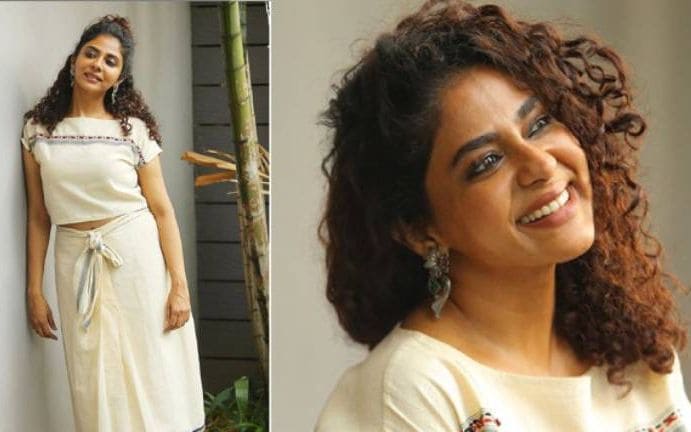 Mollywood star and popular fashion designer Poorima Indrajith has come up with an experiment with dhoti in Chendamangalam cotton. She wrapped the dhoti in style and turned it as a stunning female outfit.

Poornima’s dhoti style has gone viral on social media after she shared the pic on Saturday.
She wrapped the dhoti like a skirt, giving a stunning makeover to it. Fashionistas welcomed the designer’s latest experiment.

Poornima is actively engaged in the campaign ‘Save the loom’ which aims to help the Chendamangalam weavers who were affected from the floods. It is hinted that her latest experiment on fashion will open a big market for Chendamangalam handloom.

Though Poornima took a break from the film industry for 17 years, she continued to impress the audience as anchor of reality shows and so on. Her own clothing brand ‘Pranah’ is one of the popular designer clothing brand in Kerala. She won the Kerala government’s award for outstanding women entrepreneur.